Guide Overview
The Cuban Heritage Collection houses an important archive of music-related documents, distributed in more than forty collections of papers and/or recordings of musicians, singers, composers, music scholars and music amateurs in Cuba and the diaspora.

These papers include music scores, concert programs, correspondence, lyrics for songs, writings on music, audio and video recordings in various formats, and visual materials such as photographs of musicians and posters for musical performances and ensembles.

A wealth of books and various types of published materials on Cuban music from the early colonial times to the present are also available in the Collection. A database of Music Scores in the CHC is available in the Scores Database tab within this Music Guide. Group of musicians in a restaurant
Manuscript Collections
Magali O. Acosta Collection, 1956-1960
Contains arrangements by the Cuban composer Rodrigo Prats (1909-1980) of works by other composers such as Ernesto Lecuona and Agustín Lara, amongst others.

Natalia Aróstegui Bolognini Collection, 1913-1956
Features musical scores by important Cuban composers of the first half of the 20th century, such as Gonzalo Roig, Ernesto Lecuona, Jorge Anckermann, Gisela Hernández González, and Ernestina Lecuona, amongst others.

Celia Cruz Collection, 1948-2008
The collection documents the professional activities of the Cuban singer Celia Cruz (1922?-2003) from the 1950s until 2003. It includes mostly photographs, but it also contains instrumental parts for the arrangements of some of Cruz's major hits and one published music score, as well as other materials.

Pepe Delgado Papers, 1954-1990
The papers document activities of Pepe Delgado (1917-1990), a Cuban exile musician and composer of popular music. They include manuscript and published scores of Delgado’s music, along with other materials.

Osvaldo Farrés Papers, 1940-1986
This collection contains musical scores, photographs, and other documents related to Farrés (1902-1985), a Cuban composer who was best known for his song “Quizás, Quizás, Quizás.”

Wilfredo Fernández Papers, 1951-1978
The papers document professional activities of Cuban singer Wilfredo Fernández (1924-2005). The materials include manuscript scores of arrangements made for Fernández by important Cuban composers, recordings and other documents.

Grandes Leyendas Musicales Cubanas Recordings Collection, 2008-2012
This collection consists of interviews conducted by Cuban-born businessman, writer and radio host Eloy Cepero (b. 1945) with Cuban-born musicians. The presentations are part of a series sponsored by the Institute of Cuban and Cuban American Studies.

Luisa María Güell Papers, 1966-2008
The papers document professional activities of Güell (b.1940), a Cuban singer, actress and composer. The bulk of the material consists of clippings, but it also includes photographs, videotapes and other documents.

Rolando Laserie Papers, [1930]-1995
These papers consist primarily of photographs of Cuban-born singer and entertainer Rolando Laserie (1923-1998), but they also include correspondence, programs and clippings.

Marco Rizo Papers, circa 1950-1999
This collection consists primarily of recordings by Rizo (1920-1998), a Cuban arranger, composer and renowned pianist. It also includes catalogues, curriculum vitae, a video and other documents.

Erundina Rocha Music Papers, 1928-1992
Music scores by Erundina Rocha, Ernesto Lecuona and other Cuban composers of the early and mid-20th century, as well as clippings, photographs, pamphlets, programs and publications.

Aurelio de la Vega Collection, circa 1940s-2012
This collection contains documents, musical scores and recordings of works by de la Vega (b. 1925), an art music Cuban exile composer, along with his published and unpublished writings.

Mariana Avilés Papers, 1850-1964
These papers consist of scrapbooks, drawings, photographs and memorabilia of the Avilés family. A musical score is included in the collection: “Dos Rosas” a “Vals tropical” by Santiago Azpiazú.

Ramiro Casañas Collection, 1845-1959
This collection is composed of materials documenting the history of Cuba. Its musical holdings consist of two boxes of published and unpublished music scores by Cuban composers of the early and mid-20th century, as well as one phonograph record. 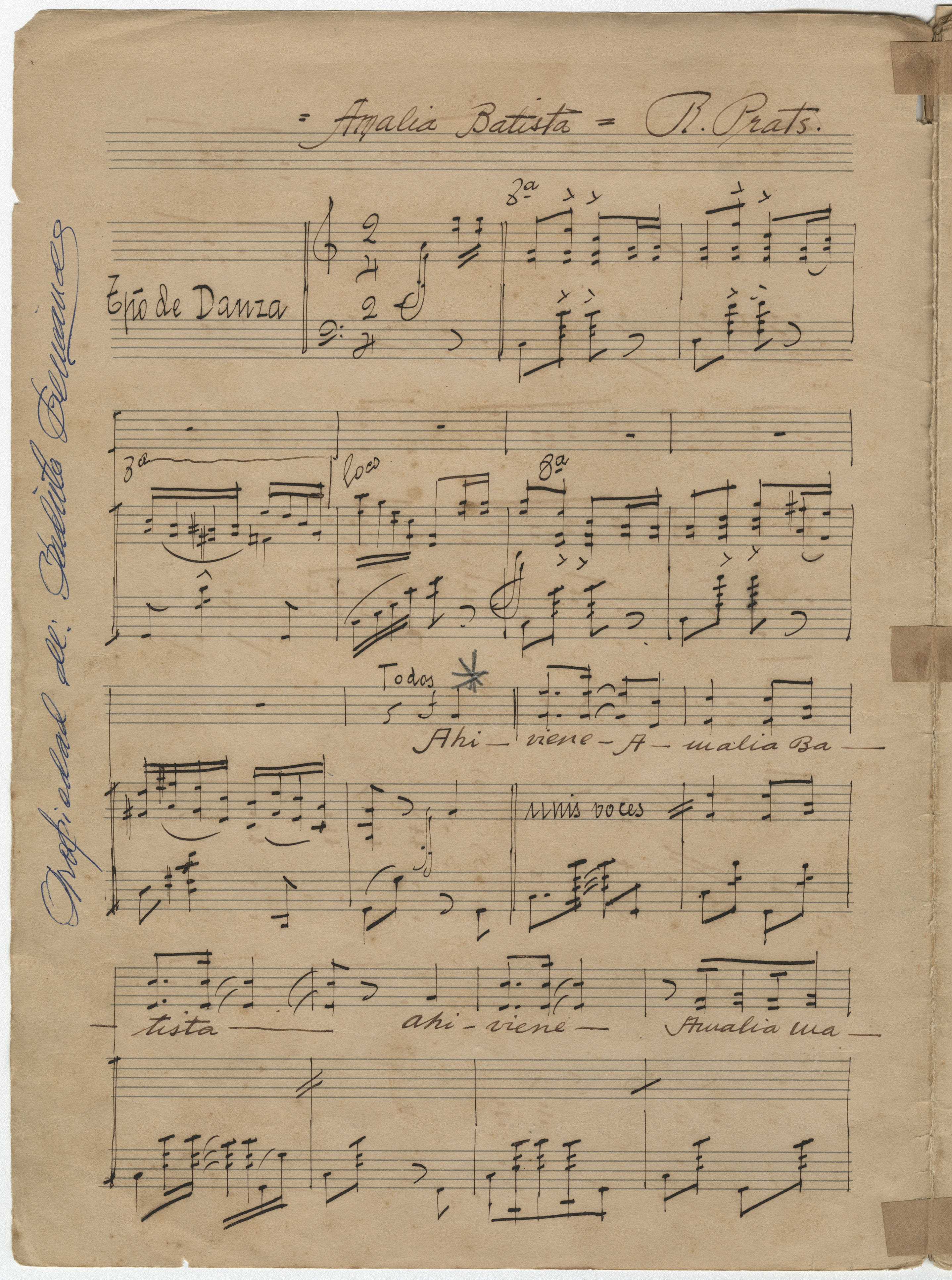 Cuban Historical and Literary Manuscripts Collection, 17th to 20th Centuries
This Collection is comprised of original manuscripts. The musical content of this collection includes music scores by Lecuona, Prats, Oréchife and Murciano. 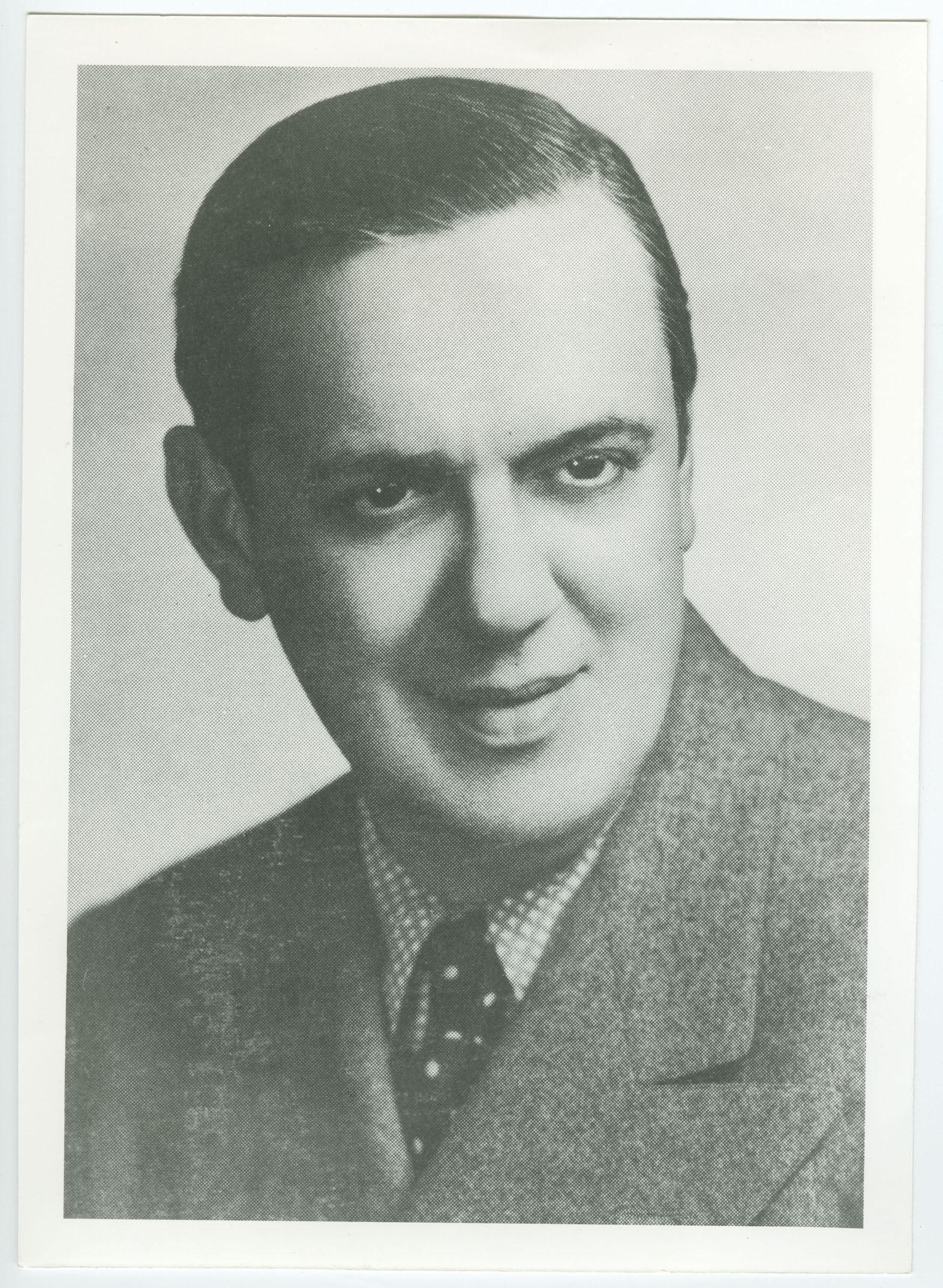 Cuban Political Prisoners Records, circa 1969-2010
The records document the treatment of political prisoners by the communist regime.  They include a CD with musical content: "La Montaña. Canciones de lucha y esperanzas," by political prisoner Manuel Villanueva.

Eugenio Florit Papers, 1940-1998
This collection consists of documents, books, and other materials written and collected by Cuban poet and writer Eugenio Florit (1903-1999). It includes a folder with compositions and songs by Florit and other composers.

INTAR Theater Records, 1996-2004
INTAR (founded 1966) is one of the oldest Hispanic theater companies in the US. This collection includes music scores for seven theatrical productions.

Pedro Monge Rafuls Collection, 1977-2010
This collection contains records of the Ollantay Center for the Arts in Queens, New York and ephemera documenting Hispanic arts in the area. One of the boxes contains documents related to music productions.

Luis Santeiro Papers, 1973-2003
This collection documents the work of the television writer and playwright, Luis Santeiro (b.1948). Materials include some music scores.

Theater Ephemera Collection
Programs and other ephemera related to musical theater and zarzuela in Cuba and the United States.

Asela Torres Photography Collection, circa 1970s-2006
This collection contains photographs and published materials related to Cuban-born photographer Asela Torres. She started her career in Cuba and continued her photographic work in exile since 1968. The Collection includes photographs of Zarzuelas and other stage works by Cuban composers.
Subject Specialist Record review best sellers
Digital Resources within the Collection
The Cuban Heritage Collection has digitized music materials from its holdings and makes them available online through a variety of resources.

José Curbelo Papers
The José Curbelo (1917-2012) papers document his band and its trajectory in New York during the 1940s. A sizeable amount of these papers has been digitized.

Rolando Laserie Papers
Photographs documenting the career of Cuban-born singer Laserie (1923-1998), including images of other Cuban musicians and entertainers.

CHC Lectures and Presentations
Video recordings of Cuban Heritage Collection lectures, book presentations, and other events from 2005 to the present day. Some of the lectures featured include music related subjects.

Asela Torres Photography Collection
A selection of photographs of Cuban and Hispanic performing artists in Miami by photographer Asela Torres.
Music Library Book Resources
Loading...
Audio Recordings Collections
The CHC holds an archive of audio recordings in various formats: phonograph records, CDs, audio cassettes and reel to reel tapes. These materials are in the process of being catalogued. Please contact us for more information at chc@miami.edu or call 305-284-4900. This is a database of the Cuban Heritage Collection’s holdings of printed and manuscript music scores. It has been organized alphabetically by author, and  presented in an Excel spreadsheet so that users can sort its contents according to their interests.

Notes on the scores database can be found here:

Links to Guides and Resources at Other Institutions
Call Numbers for Music
We use the Library of Congress Classification System to gather like items together.  You can browse the shelves to discover music works that you never knew existed. If you're looking for information on Cuban dance, popular, or vocal music, a quick search through the blued MLs may hold some surprises.

Music scores are located under M
Books about music are located under ML
Music teaching materials (both scores and books) are located under MT
Here is a selective overview of the call numbers for music:
M Music ML Literature on Music MT Musical Instruction and Study Note:  Music library sound and video recordings use a separate classification system.

Here is a list of books that'll help you cite music scores in academic papers.