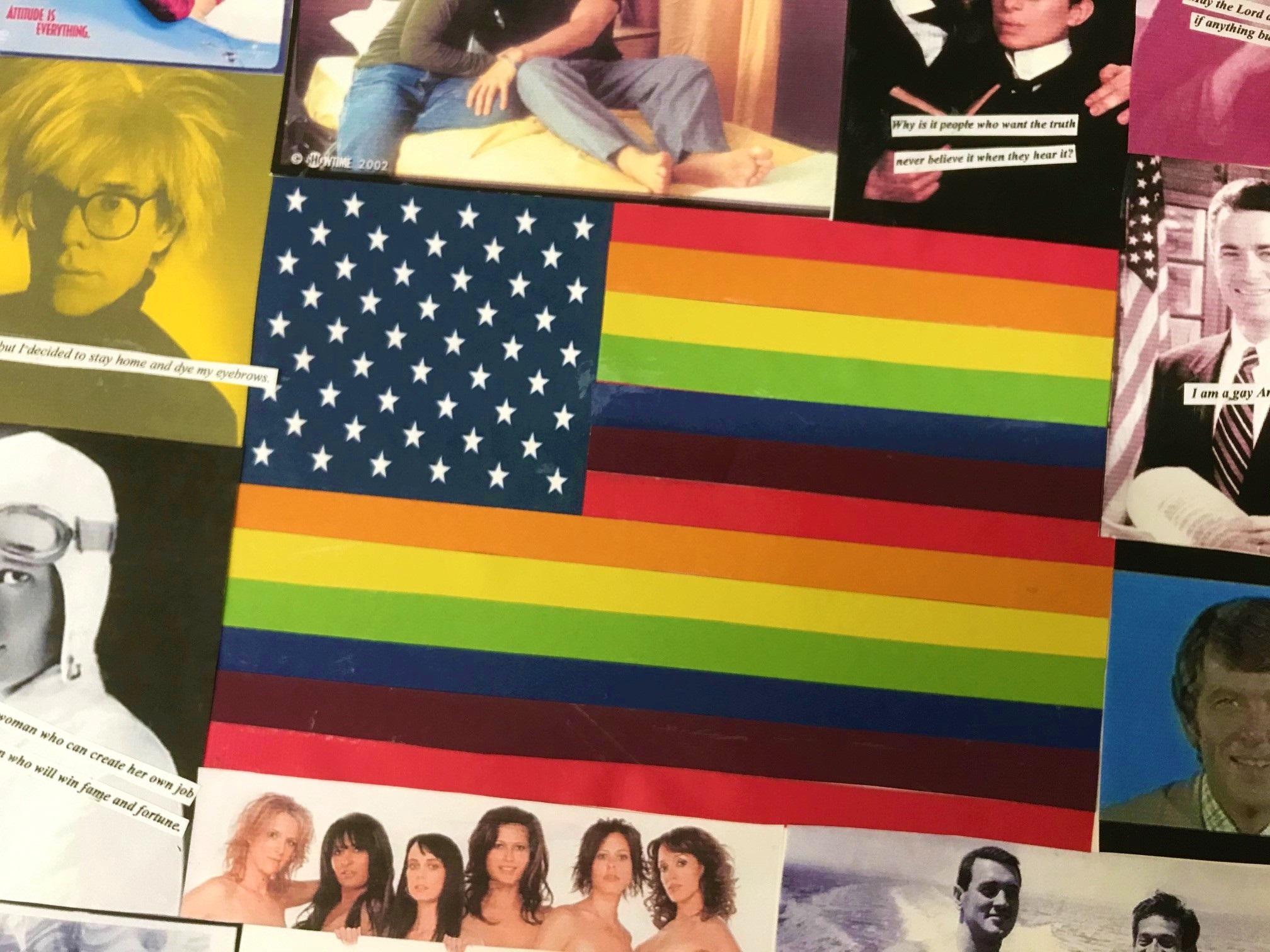 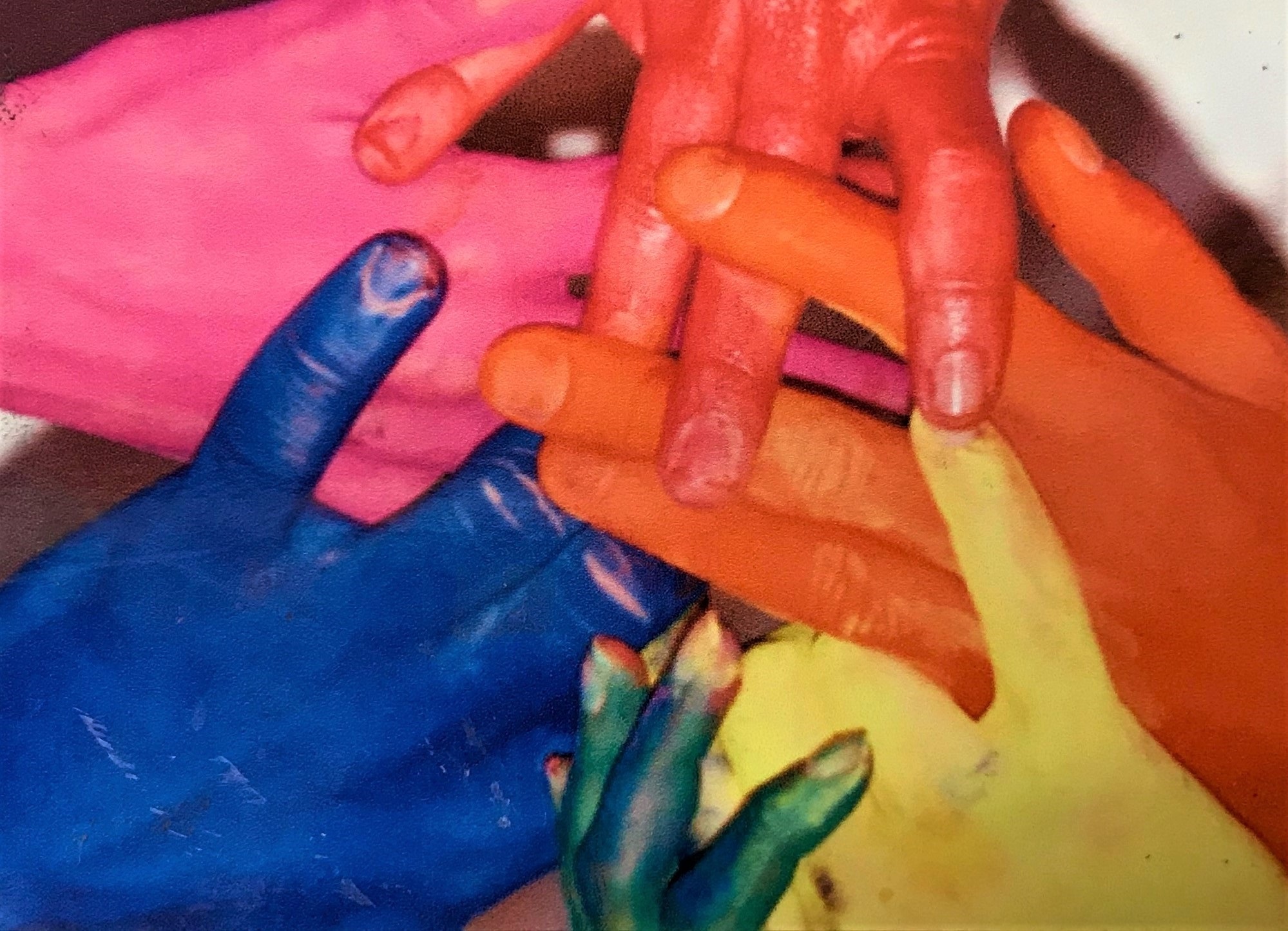 The sources provided in this guide are intended as a jumping off point for further LGBTQ+ studies. As this is an interdisciplinary area of research, information on LGBTQ+ topics can be found in a variety of library resources. 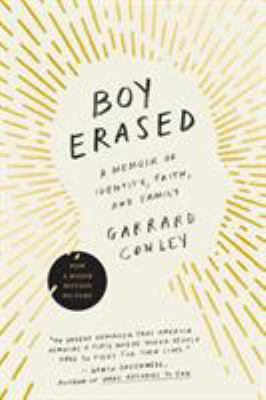 The Day it Snowed in Miami
LGBTQ+ Documentaries
The Day it Snowed in Miami
A documentary that showcases South Florida's role in the gay rights movement. The feature-length film traces the political battle lines drawn in Miami in 1977 when gays sought approval of a then controversial Human Rights Ordinance, which guaranteed they would not be discriminated because of their 'affectional or sexual preference. Nominated for a 2014 Emmy Award.

Before Stonewall
A social history of homosexuality in America from the 1920s to 1969, showing how this group has moved from a secret shame to the status of a publicly viable minority group. Tells how a group consciousness coalesced after the 1969 police raid on Stonewall Inn, a gay bar in New York City, and the three-day riot that followed gained them national publicity and the birth of the gay movement.

The Celluloid Closet
Assembles footage from over 120 films showing the changing face of cinema homosexuality from cruel stereotypes to covert love to the activist cinema of the 1990s. Many actors, writers and commentators provide anecdotes regarding the history of the role of gay men and lesbians on the silver screen.

Screaming Queens: The Riot at Compton's Cafeteria
Tells the little-known story of the first known act of collective, violent resistance to the social oppression of queer people in the United States - a 1966 riot in San Francisco's impoverished Tenderloin neighborhood, three years before the famous gay riot at New York's Stonewall Inn.

The Laramie Project
In October 1998, 21 year-old Matthew Shepard was found savagely beaten, tied to a fence and left to die in Laramie, Wyoming. This film is a dramatization of a town forced to confront itself in the reflective glare of the national spotlight, responding with love, anger, sympathy, support, and defiance. Moises Kaufman and members of New York's Tectonic Theater Project went to Laramie and wrote a play based on more than 200 interviews they conducted there. It follows and in some cases re-enacts the chronology of Shepherd's visit to a local bar, his kidnap and beating, the discovery of him tied to a fence, the vigil at the hospital, his death and funeral, and the trial of his killers. It mixes real news reports with actors portraying friends, family, cops, killers, and other Laramie residents in their own words.

Brother Outsider: The Life of Bayard Rustin
A documentary examining the life of Bayard Rustin, one of the first "freedom riders," an adviser to Dr. Martin Luther King, Jr. and A. Philip Randolph, and an organizer of the 1963 March on Washington. However, Rustin was forced to play a background role in landmark civil rights events because he was homosexual.

Dangerous Living: Coming out in the Developing World
Relays personal "coming out" stoires of lesbian, gay, bisexual, and transgender people in the developing world, and covers their struggles for human rights in the face of oppression.

No Secret Anymore: The Times of Del Martin & Phyllis Lyon
Chronicles the lives of two women who have been partners in love and political struggle for half a century. San Francisco icons, Del Martin and Phylllis Lyon are known as the founders of the modern lesbian civil rights movement. No Secret Anymore follows them through six decades, tracing the emergence of lesbians from the fear of discovery to the expectation of equality.

LGBTQ+ Films
Milk
His life changed history, his courage changed lives. Harvey Milk is a middle-aged New Yorker who, after moving to San Francisco, becomes a Gay Rights activist and city politician. On his third attempt, he is elected to San Francisco's Board of Supervisors in 1977, the first openly-gay man to be elected to public office in the United States. Based on the true story of Harvey Milk.

Philadelphia
Two competing lawyers join forces to sue a prestigious law firm for AIDS discrimination. As their unlikely friendship develops, their courage overcomes the prejudice and corruption of their powerful adversaries.

Hedwig and the Angry Inch
The story of Hedwig, an ambitious glam-rocker from Berlin who comes to America determined to find fame, fortune, and his "other half." Hedwig, born a boy named Hansel in East Berlin, fell in love with an American G.I. and underwent a sex-change operation in order to marry him and flee to the West. Unfortunately, nothing worked out quite as it was supposed to - years later, Hedwig is leading her rock band on a tour of the U.S., telling her life story through a series of concerts at Bilgewater Inn seafood restaurants. Her tour dates coincide with those of arena-rock star Tommy Gnosis, a wide-eyed boy who once loved Hedwig... but then left with all her songs.

The Danish Girl
The remarkable love story inspired by the lives of artists Lili Elbe and Gerda Wegener. Lili and Gerda's marriage and work evolve as they navigate Lili's groundbreaking journey as a transgender pioneer.

The Imitation Game
During the winter of 1952, British authorities entered the home of mathematician, cryptanalyst and war hero Alan Turing to investigate a reported burglary. They instead ended up arresting Turing himself on charges of "gross indecency," an accusation that would lead to his devastating conviction for the criminal offense of homosexuality - little did officials know, they were actually incriminating the pioneer of modern-day computing. Famously leading a motley group of scholars, linguists, chess champions and intelligence officers, he was credited with cracking the so-called unbreakable codes of Germany's World War II Enigma machine.

The Adventures of Priscilla, Queen of the Desert
With a contract to perform a drag show way out in the Australian desert, Tick, Adam, and Ralph each has his own reason for wanting to leave the safety of Sydney. Christening their battered pink tour bus "Priscilla," the trio heads for the outback and into crazy adventures in even crazier outfits.

The Birdcage
Armand & Albert, a middle-aged gay couple, reluctantly accept Armand's son's intention to marry the daughter of a conservative Senator, but when the fiancee's family comes to visit, the whole household is turned upside down.
Articles to Read
Another Pie in the Face for Anita Bryant: Her Granddaughter Is Gay
The Trevor Project
Founded in 1998 by the creators of the Academy Award®-winning short film TREVOR, The Trevor Project is the leading national organization providing crisis intervention and suicide prevention services to lesbian, gay, bisexual, transgender, queer & questioning (LGBTQ) young people under 25.

Want to talk? To speak with a counselor, call: 1-866-488-7386
LGBT Data
US Census Bureau: Same-Sex Couples Data
Data are facts on people, places and business collected in censuses and surveys and through administrative records (e.g., birth certificates). The results released based on these data collections are often called statistics.

LGBTData.com
LGBTData.com serves as a no-cost, open-access clearinghouse for the collection of sexual orientation & gender identity data and measures.

Online Digital Collections
American Archive of Public Broadcasting: The Homosexual in Our Society Part 1
This recording from 1958 - the earliest known radio recording to overtly discuss homosexuality - features Public Affairs Director of KPFA Elsa Knight Thompson interviewing Hal Call, the editor of the Mattachine Society's newsletter, the Mattachine Review; Dr. Blanche Baker, a psychologist noted for her then-rarely-shared belief that homosexuality was not an abnormality nor an illness; and Leah Gailey, the mother of a gay man. Gailey recounts her shock at first learning her son was gay and her eventual embrace of her son's sexuality. Call asserts that "every tenth person...is predominantly homosexual". Topics discussed include the conflict of the society versus the individual, whether the root of homosexuality is a product of biology or environment, flamboyant individuals, and elimination of effeminate gestures that distinguish homosexuals versus educating public that these mannerisms are not significant.

American Archive of Public Broadcasting: The Homosexual in Our Society Part 2
In the second part of this ground-breaking radio panel discussion on homosexuals, Elsa Knight Thompson moderates a panel discussion of the following speakers: Dr. Karl Bowman, Professor Emeritus of Psychiatry, University of California, and former Head of the Langley Porter Clinic; Dr. Frank A. Beach, Jr., Professor of Psychology, University of California; Morris Lowenthal, San Francisco attorney; and Dr. David H. Wilson, Dept. of Criminology, University of California. In this portion of the program, the panelists discuss laws regarding homosexuals, civil rights of homosexuals, identification of homosexuals, gender identification in society, possible causes of sexual choice, i.e. heredity versus environmental causes, and how society can constructively deal with these issues.

LGBTQ+ Politics and Political Candidates Archive
The LGBTQ+ Politics and Political Candidates Web Archive captures digital content related to LBGTQ+ political candidates and political issues and topics at various levels of government, with a focus on lesser-known local and state politics. This archive preserves a representative sample of what is being called "The Rainbow Wave," which refers to the previously unprecedented number of LGBTQ+ identified candidates openly running for office. These websites provide a record of individuals attempting historic firsts in American politics. In many cases, these individuals are or are attempting to become the first LGBTQ+ identified candidate to run for or hold the office being sought. In addition, as LGBTQ+ political issues are evolving rapidly, a representative sample of LGBTQ+ political and legal organizations, media, and rhetoric are likewise included here.

LGBT+ Studies Web Archive
The LGBTQ+ Studies Web Archive collects and preserves online content which documents LGBTQ+ history, scholarship, and culture in the United States and around the world. Sites include domestic and international non-profit organizations, journalism and news external link, creative works and expressions, historical records, and more. Collection priorities include primary sources, first-hand accounts, coverage of significant events, and essential artifacts of cultural memory. This collection seeks to illuminate LBGTQ+ voices, from margin to center. The sites curated here preserve subjects and perspectives which have been historically underrepresented in Library holdings, are ephemeral in nature, and those which have proven difficult to collect via traditional or print resources.

GLAAD Advertising Library
This collection focuses on mainstream corporate advertising and its incredible power to affect how the LGBT community is perceived. We collect worldwide corporate ads with direct references to LGBT people or a LGBT theme, including political ads and those from government and health agencies, nonprofits, LGBT and anti-LGBT organizations.

Out History
OutHistory.org was founded in October 2008 by Jonathan Ned Katz, author of the groundbreaking Gay American History (1976) and other books on the history of sexuality. When the Internet became part of the everyday life of millions – even billions – of people in the 21st century, Katz understood that the work of archiving, establishing LGBTQ chronologies, and highlighting new discoveries begun in Gay American History should continue on a digital platform.

Records Uncovered: Gay and Lesbian Histories in Central and Southeastern Europe
Records Uncovered is an online exhibition by the Blinken OSA and the Háttér Archive and Library which presents the divergences and commonalities among gay and lesbian movements in Central and Southeastern Europe in the second half of the last century. Through legal documentation, media reports, private and institutional correspondence, art works and ephemera, this exhibition evinces the understanding of homosexuality and the treatment of sexual minorities, in countries that commonly shared two different political goals at two different periods: the establishment of a new communist society between the mid-1940s and the early 1990s and the transition towards a democratic society in the following years.
Magazines and Blogs
Peer Reviewed Journals