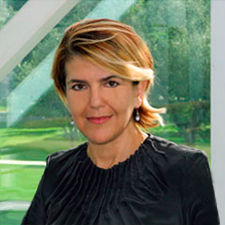 Cristina Favretto joined the faculty of the University of Miami libraries in 2008 as the Head of Special Collections.   This Department houses the Libraries’ collections of rare books and manuscripts, which also include rare maps, photographs, scrap books, art work, and oral histories and other historical materials.  Cristina is responsible for further building and facilitating access for these collections, with the aim of forming a world-class research collection.  She and her team also curate physical and virtual exhibits, host class visits, and work with community members to ensure that the rich history of South Florida is preserved and made available to researchers everywhere.

Before joining the Special Collections Department, Cristina has held a variety of posts throughout the country, including Head of Special Collections at San Diego State University, Curator of Rare Books at UCLA’s Charles E. Young Library, and Director of the Sallie Bingham Center for Women’s History and Culture at Duke University.  She has also worked at the Boston Public Library, Harvard University Libraries, and the Andy Warhol Museum in Pittsburgh, Pennsylvania.   She received her M.L.S. and C.A.S. (Certificate of Advanced Studies) at the University of Pittsburgh, and her B.A. in English Literature and Art History at the State University of New York at Albany.  Cristina spent her formative years in Trieste, Italy, and received her Baccalaureate from the Liceo Giosue` Carducci in that city.

Cristina has given talks throughout the country on the topics of collecting women’s history materials, as well as on preserving local heritage collections.  Her area of study is 19th century women’s domestic cultures, with a particular interest in culinary history and the cuisines of immigrant cultures in the United States.