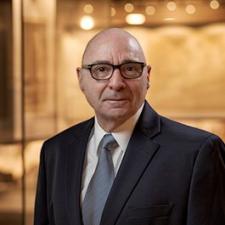 Prior to joining the University of Miami Libraries as the new Curator of the Kislak Collection, Mr. Arthur Dunkleman served as Director and Curator of the Jay I. Kislak Foundation for 24 years.

In 2004 a portion of the Kislak Foundation Collection was donated to the Library of Congress; Mr. Dunkelman was responsible for managing the transition and establishing research and public outreach programs. Two exhibitions --Treasures of the Jay I. Kislak Collection [2005] and Exploring the Americas [2007 to present] -- highlighted the materials and brought them to national and international attention. He also edited a comprehensive catalog of the collection, published by the Library of Congress.

His expertise range from an array of exhibitions at the University of Miami Kislak Center, the Freedom Tower, Miami-Dade College, the Van Pelt-Dietrich Library at the University of Pennsylvania, the Miami-Dade and Broward County Main Libraries, and the Miami-Dade Public Library. In addition, Mr. Dunkelman exhibition: Myths and Dreams: Exploring the Cultural Legacies of Florida and the Caribbean, toured six Florida historical museums. Among his other accomplishments, Mr. Dunkelman exhibited Antipodes: Travels to the Ends of the Earth exhibit at the Osher Map Library at the University of Southern Maine; the Maya, Portraits of a People, at the McClung Museum of Natural History and Culture at the University of Tennessee. At the Explorers Hall, National Geographic Society in Washington DC, From the New Golden land: Four Centuries of Travel and Exploration in the Americas, and the Enchantress: Emma, Lady Hamilton exhibit at the Grolier Club in New York.

Mr. Dunkelman was a pioneer in the use of electronic media for multi-lingual, multi-cultural education and was the Project Director for the National Indian Education Association Library Demonstration Project at Rough Rock Demonstration School in Chinle, Arizona. The first Native American community-operated school in the United States, he also co-directed the New Mexico Media Conference, a statewide forum for educators and media professionals. As a partner in Blue Sky Productions in Santa Fe, New Mexico, he produced Lifeways, a series of films on village life and craft traditions in northern New Mexico and Rio Grande. A film that explored the environment and the diverse communities - Anglo, Hispanic, and Native American – that flourished along its course from its source in Colorado to the Texas-Mexico border.