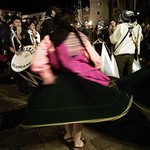 
Nine canes boarded a two thousand six hundred mile flight to Lima consequently hopping on a fifteen-hour, five hundred mile, bus ride North to the ancient city of Cajamarca—the region of Peru with the highest poverty rate. The main reason for this trip was a newly conceptualized course at the U set out to bridge connections among UM students and international actors related to the field of human development and international studies—including former UN program managers, students, and the untouchables of Peru. Engaging these communities was a fundamental step in furthering the intrinsic motivation inside all UM students to explore, research, and learn from participant observation and interpersonal contact on a transnational scale.

Our research subjects were informal and grassroots micro-financial groups cleverly named UNICAS (Union de Creditos y Ahorros). In essence, UNICAS are a compilation of groups numbering from 5-35 members whom each decided voluntarily to save and loan among themselves. These individuals come from all backgrounds but share one thing in common: that they are victims of financial exclusion and/or manipulation. The same story seems to pervade the life of the UNICA members; one of sorrow and entrenchment where banks have charged them exorbitantly high interest rates for loans, savings, and for basically attempting to access a bank.­ Nonetheless, our first day upon arrival became a historic day for the UNICA system itself since 13 groups united in the formation of an Alianza. The local government hasn’t legitimized this alliance; however, with greater numbers the group may be able to exert political pressure that may bloom into something more profound.

As the investigations in Cajamarca came to a conclusion, the students boarded another plane, this time headed south to the eternal city of Cusco—a UNESCO World Heritage Site. Cusco is a cultural behemoth with international travelers gravitating to it on daily basis due to the dozens of ancient ruins.  Other than the research conducted in Cajamarca, Cusco became the participant’s favorite part of the trip since we arrived on the 14th during the festivities honoring el Inti Raymi—an ancient festival held in reverence to the Sun god “Inti.” Held on the 24th of June, this festival is composed of three ceremonial parts: the ceremony at Quoricancha; the ceremony at the Plaza de Armas; and the conclusion of the ceremony at the hilltop of Saqsaywaman. All of Cusco was packed, with the main Plazas exuberating with an ablaze of color, dance, and native music as local Cusqueños grabbed tourists in the subterfuge of las danzas.

Unfortunately, the students had one week in this wonderful city before the end of the course yet I decided to stay there for 1.5 months due to the human condition that is Cusco. As I was the last student to leave Cusco, I was honored with being able to see the entirety of these ceremonies, as well as being the final student to say goodbye to Professor Weisskoff, a true educator and mentor, This trip exemplified the generosity and determination Ricardo exhibited with all his students as an instructor willing to teach open-mindedly, spurring debate, conversation, and discussion on all topics of interest.

On our way back to Cusco from Machu Picchu, I recall a conversation with him detailing how the Andes is where I would like to do research and find employment one day at the doctorate level. This immediately caught his attention, as he spoke softly:

Santiago…as a 4.0 student who’s taken a myriad of my courses…I hired you fully aware of what you are capable. As my current employee I could not have been happier and I truly believe you can achieve this. I know your character and you are a great fit for this profession.

I had never spoken to a professor or other authority figure in such an interpersonal manner making me recognize his sincerity and humanist spirit, as well as his influence and assistance in encouraging me to further my academic career.

Ultimately, this was probably the most photogenic area of Peru, and thus the last shout-out the photographer must make is to the Digital Media Lab. Without the wonderful help they were able to provide, whether it was to extend camera rentals or to provide an excess of equipment, this trip would not have been possible. The collection of images and video ranges around 3,000 with over 48 hours worth of video. Documentation of major festivals, ancient ruins, UNESCO sites, towering mountainside, UNICA meetings, poverty-stricken areas, raging rivers, exploitative mines, local Peruvians, the students, and the ambiance of these places are now available to this campus. Seriously, the help you provided was a blessing. Thank you!!! 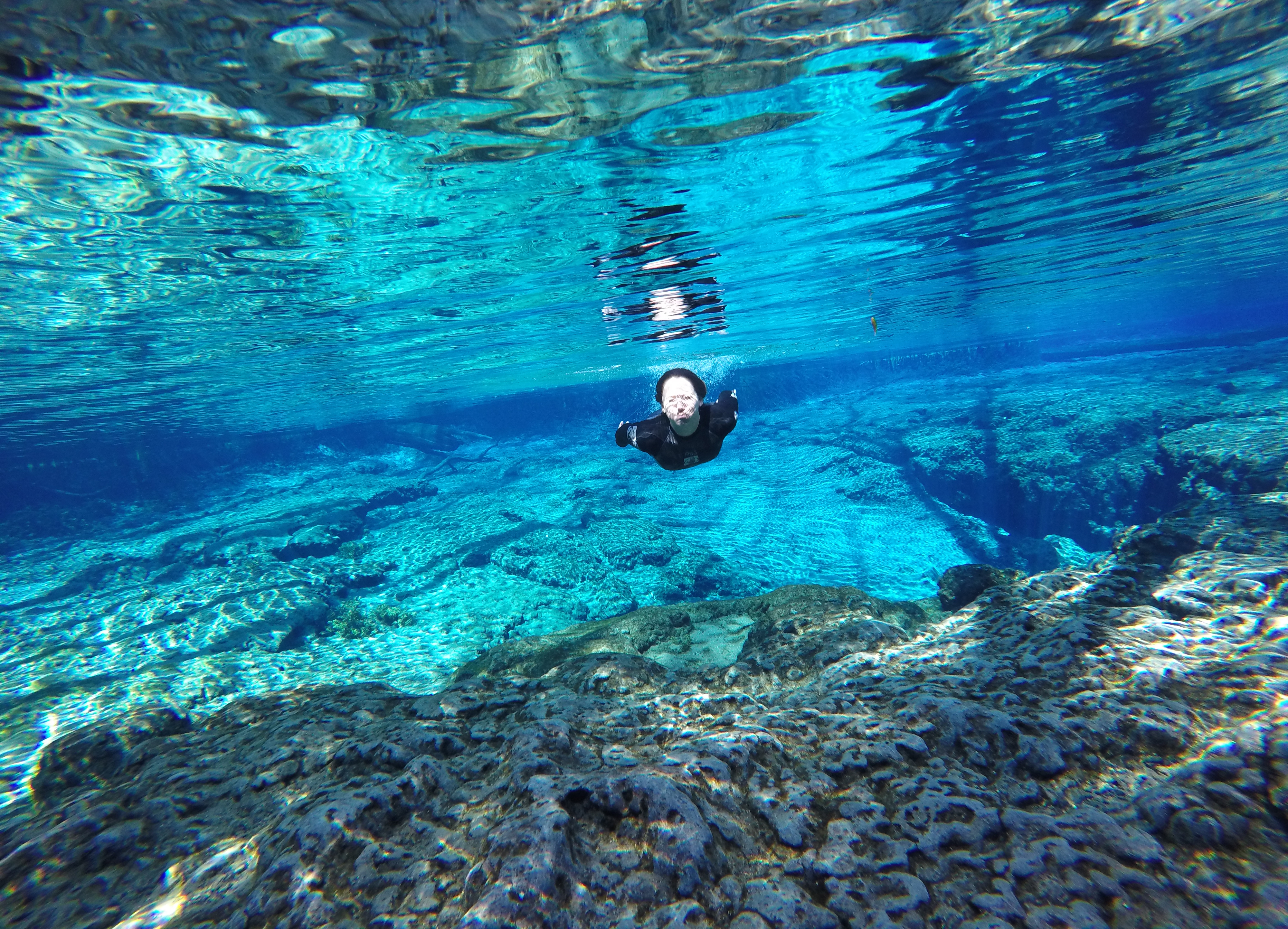 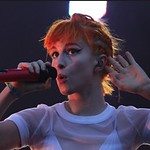 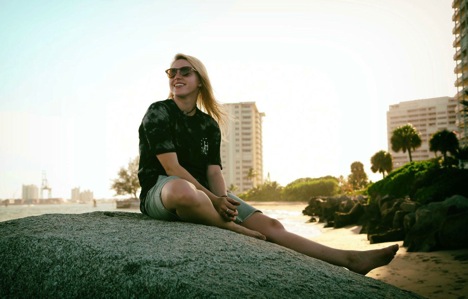 Victoria Kohl Major: Motion Pictures with minors in Electronic Media and Music Business & Entertainment Industries     At an early age, Victoria fell in love with capturing both moving and still moments through a lens and knew she wanted to spend the rest of her life doing it. Her prior experiences were solely photographing sports and nature, but in May of 2013 Victoria took a chance and accepted an internship at the Hangout Music Festival. It was the first music festival she attended, and she immediately fell in love with working behind the scenes. Since then, her passion for live music and the music industry grew, leading her to pick up a Music Business & Entertainment Industries minor. Victoria has returned to Hangout every year since, and is eager to find a way to merge her passion for film, photography, and live music. In 2015, Victoria was hired by Hangout Music Festival to create a documentary on the making of the festival. Within this collection are photos from Victoria’s first time ever capturing live music.   For more of Victoria’s work visit victoriakohl.com  (image of Victoria by Maury Neipris / mauryneipris.com) 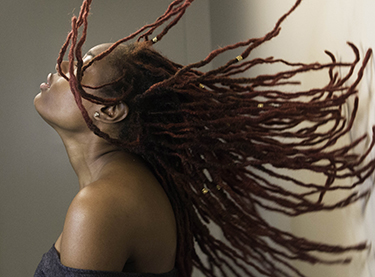 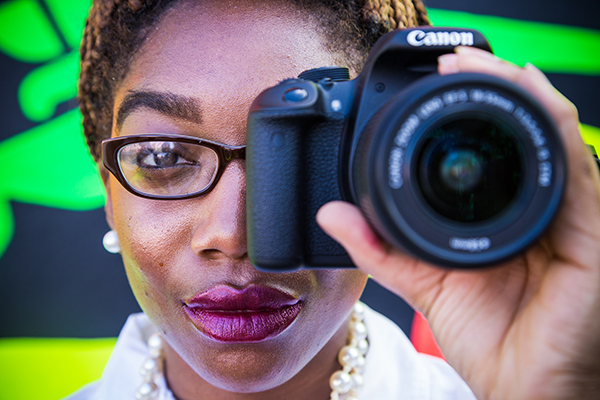 
Alexis McDonald is an artist from Atlanta, GA studying electronic media, Africana Studies, and education at the University of Miami. Alexis has always had a passion for telling stories. Whether it is through her writings or photographs Alexis aims to demonstrate the beauty of Black culture in her work. She came up with this photo collection because she wanted to showcase the diversity of Black hair. Alexis first began this collection in 2015 when she took a documentary photography class but when she took introduction to photography through the art department she decided to expand on this collection. Alexis hopes this collection will serve as a constant reminder of the uniqueness of Black culture. These photographs were captured using a Canon T3i.