The Surge of South Florida Hip-Hop 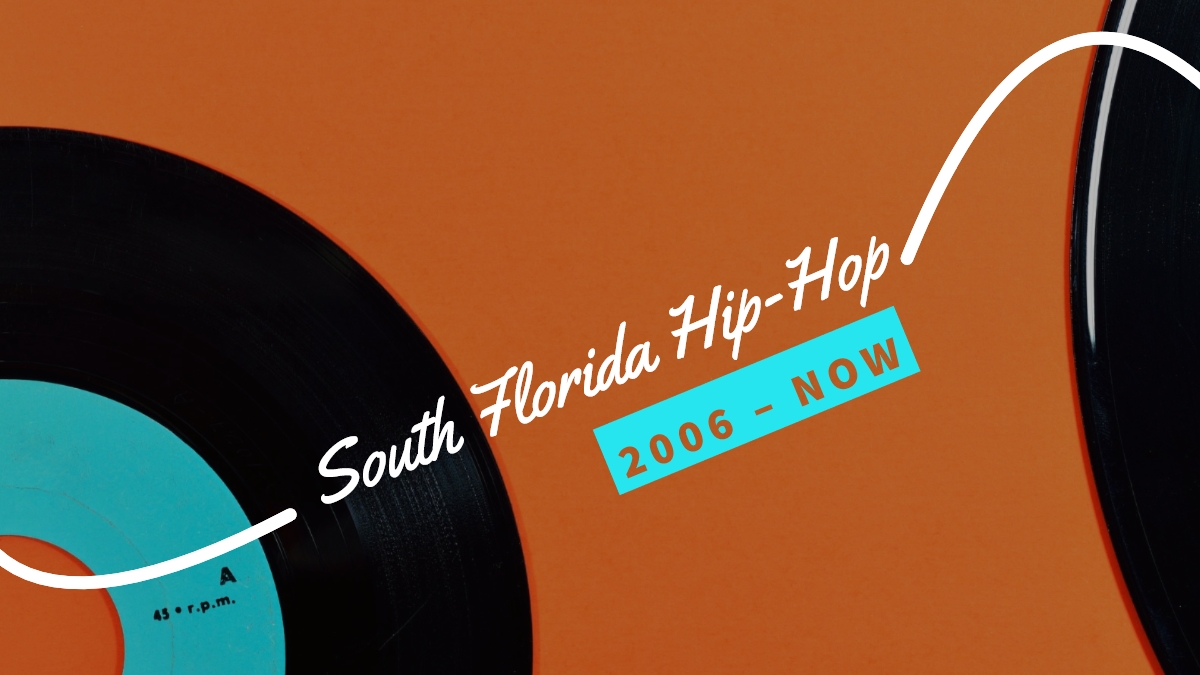 Introduction to the Music

Music in South Florida has always been very important to the people of the region. When immigrants from Cuba and Latin America, Haiti, the Bahamas and all over the Caribbean came, they brought their culture too. The lively island sounds meshed with the tropical serenity of South Florida. Florida was built by its immigrants, shaping and defining American culture on the peninsula. From the 1980s when Miami was nothing like Miami today, the groups of people living together in the urban centers of Miami, such as Overtown and Liberty City, began to adapt the hip-hop movement that was going on up north into something truly special and truly southern. Luther Campbell, Miami’s own affectionately coined “Uncle Luke,” brought Miami culture to national prominence. For better or for worse is not for me to say; I never got to experience that cultural shift first hand. Since then and especially of recent, Miami and the rest of South Florida has reclaimed some spotlight for the musical prodigies that have emerged from the tropics. Over the last 10 years Miami-Dade and Broward counties have been recognized more than they had been for a long time. This is Miami’s jolt back into national hip-hop prominence; The Surge of South Florida Hip-Hop. 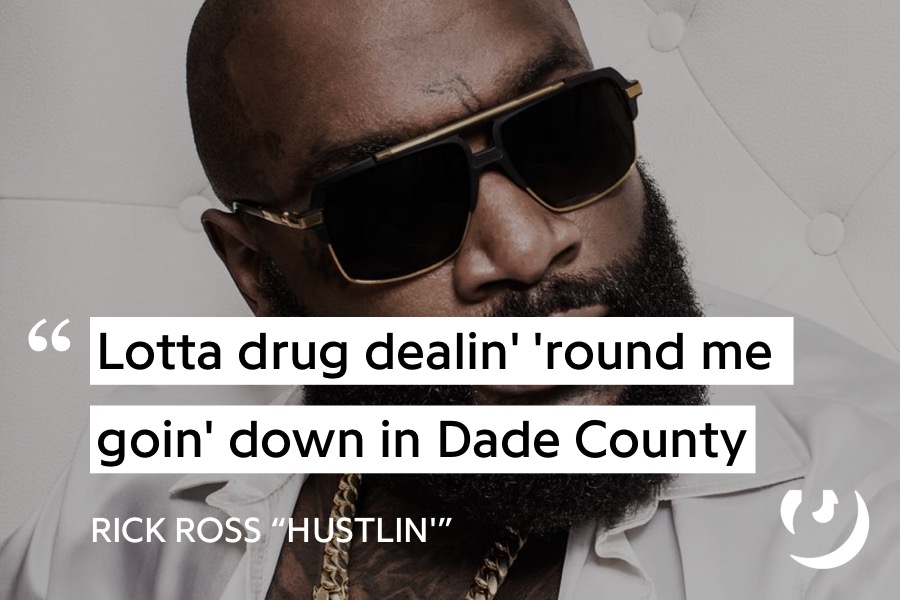 Background
Rick Ross, born and raised in urban Miami, matured through the Carol City public school system in the mid-to-late 90s. Friendly and outgoing, Ross developed a sense of pride for his city of Miami through football. All-county recognitions in high school helped him see that Miami was really and always will be his home. From high school, Ross controversially went on to work as a correctional officer in Florida before dedicating himself to his music fulltime. In 2006, Rick Ross released his first studio album, titled Port of Miami, to pay respect to the ground which raised him
Carol City, FL
The album, Port of Miami, and its reception has made Ross believe the work, not only affected his career, but the environment and the industry around. He witnessed a change in the sound of the area which he attributes to the progressiveness of his album, sonically. 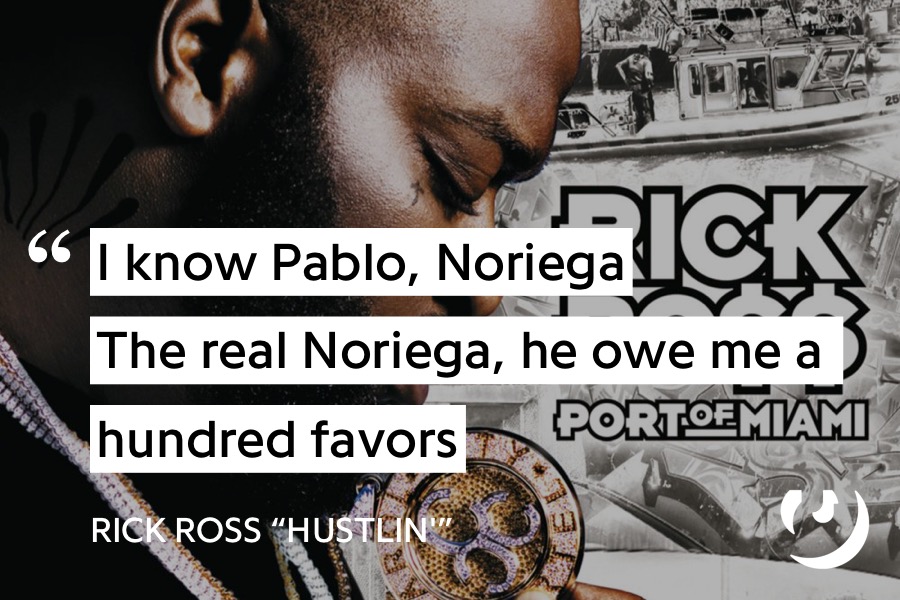 Inspirations
Rick Ross works every day to leave behind an imprint in Miami music history as the Boss. His over-the-top lyricism and booming production has become synonymous with Miami sound and his projects have amassed international acclaim. While he has already achieved so much and has already done so much for his city of Miami, Ross is currently working on 2 more albums, the most anticipated being the release of the sequel to his debut album, Port of Miami 2. 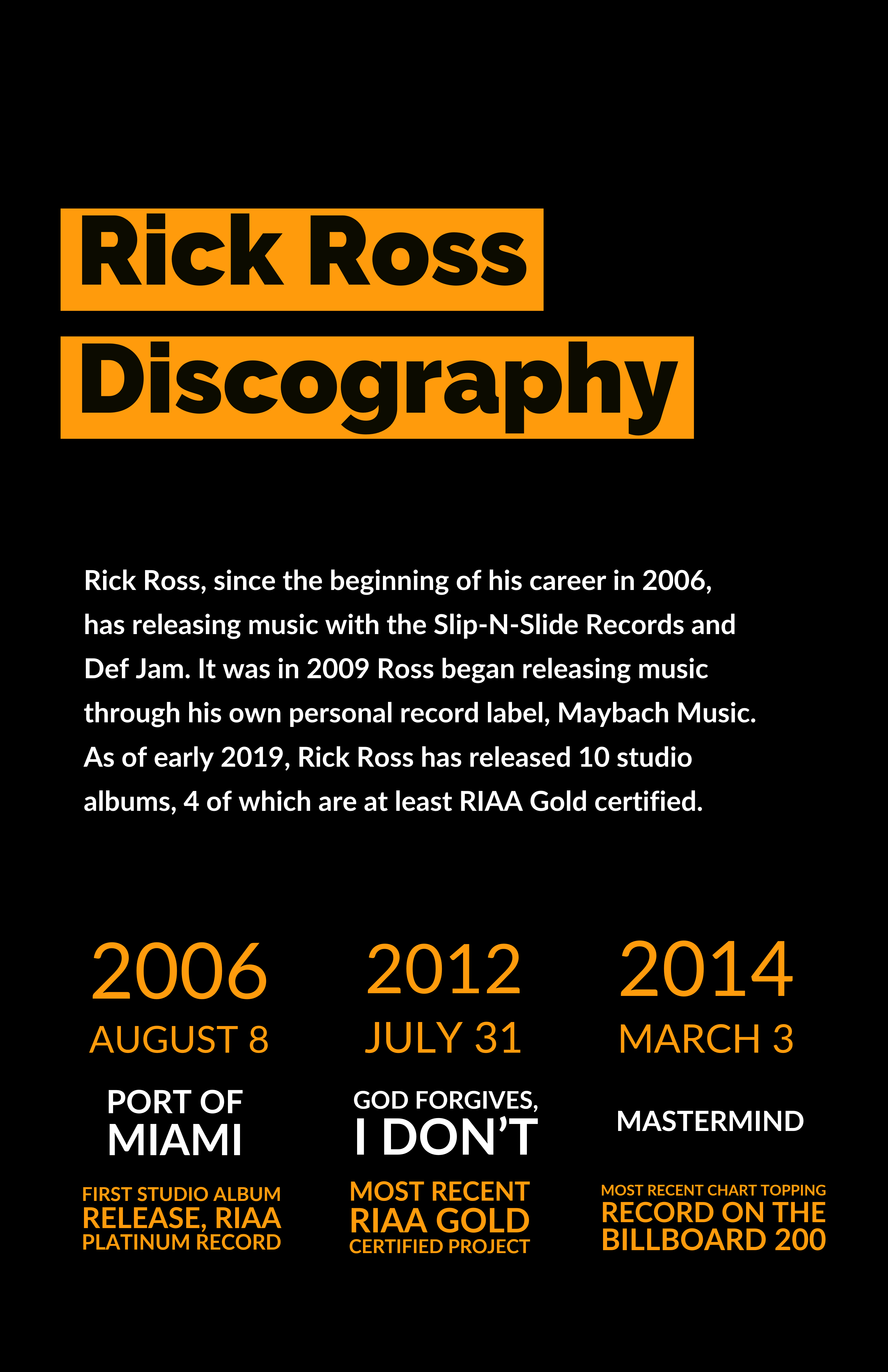 Legal Issues
Rick Ross, being the first artist to come to prominence during the Surge, set the stage for the notoriety and infamy South Florida hip-hop music and its artists would hold. His first known arrest as an artist came in 2008, 2 years after his debut, with Ross being arrested and charged with firearm and drug-related crimes. 3 years after that, Ross was once again arrested for drug possession. 2015 was troubling for fans of Rick Ross as he was not only arrested for drug possession for a third time, but was, in an unrelated event, arrested for assault and battery. As of now, Rick Ross is currently not in prison. 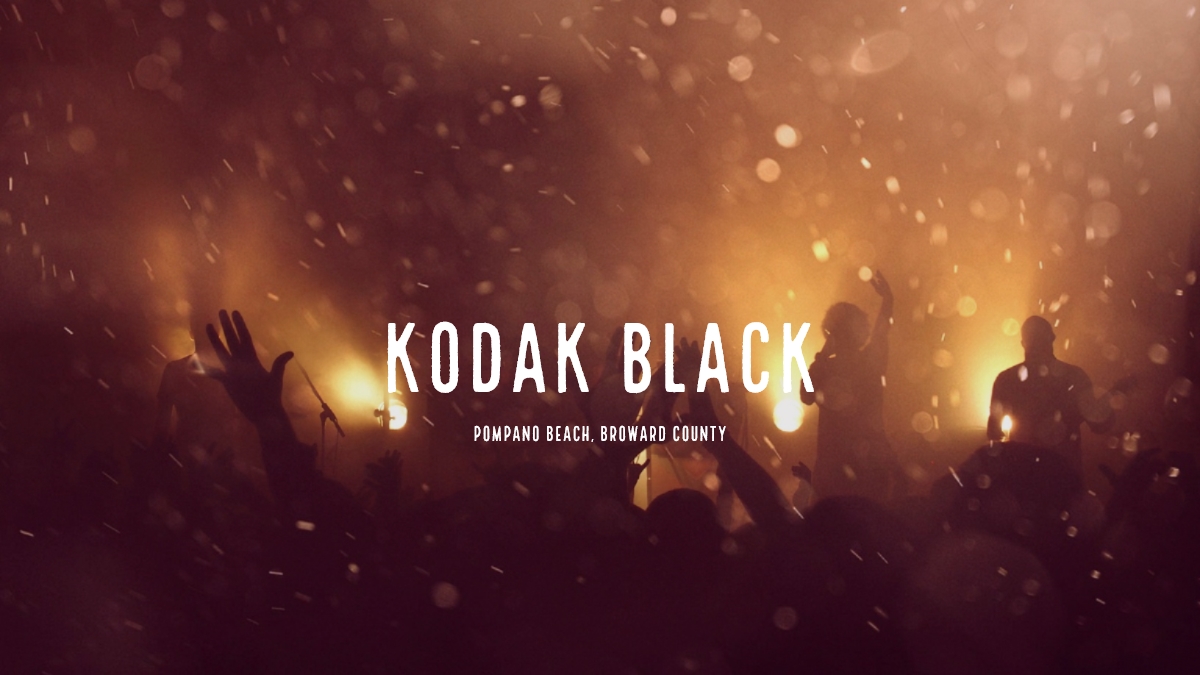 Background
Away from all the glamour of tourist-friendly Florida, a different world exists just miles from the beach. Deisun Octave grew up in the Golden Acres Development of Pompano Beach, Florida without any assistance from his father. Despite this and with the help of local artists who would never be as successful as him, the boy forged a career our of what he had. Joining the young rap group “the Brutal Yungenz,” newly donned J-Black began releasing music to YouTube. He struck up a partnership with Dollas and Dealz Entertainment at just 15 years old. Brief stints in and out of juvey created the dedicated persona the world now knows as Kodak Black. 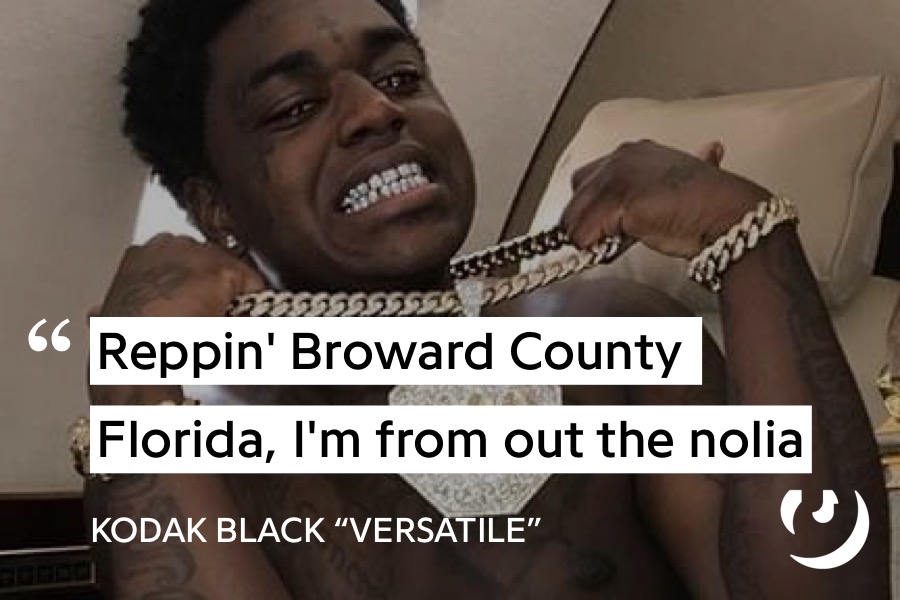 Kodak’s music has given the world never-before-seen looks into life in Broward county. The slang in every day speech from Kodak Black’s home county has seeped into the music and now is being broadcast nationally regularly. Words that were never understood only a few miles from where they were spoken are now picked up on every coast. The hype built around Kodak in Broward made him the real deal. His rhymes became the anthems of every southern Florida high school. It was an internal conflict for many because he became a hero to the kids; he made it out of the projects, but when you look and see the stuff that he did on his way up, it is hard to justify his fame.

Legal Issues
Kodak Black has, since he was barely a teenager, had a history with the law. His rhymes about carjacking and home invasion are not just words. Kodak and his fans claim he is real because does not flaunt crimes he does not commit. Charges from a few years ago, including child neglect and parole violations, have kept him behind bars for serious amounts of time. A frequent subject in his songs, being a father, that is time he will never get back. Most recently released from prison in 2018, he claims to make strides to pull himself from that life, but he keeps getting sucked back in. Kodak Black currently is awaiting trial for a sexual assault case in South Carolina, a charge that could see him locked up for a maximum of 30 years.

Themes
Kodak Black, through his work, has plenty to say beyond his bragging about crimes and money. He rhymes intelligently and has a lot to say on important subjects. On album, Lil Big Pac, Kodak puts together a collection of songs to highlight a struggle complimentary to the ones that plenty of other rappers do, stating how important it is to recognize that the struggles of modern African Americans are complicated and ever-evolving. His speech and references suggest otherwise, but rhymes about subjects like this are not what has been expected to come out of southern hip-hop. On his journey to fulfilling his potential, the talent is there, but the main obstacle in his path is himself.
Interested?
Check out his music here 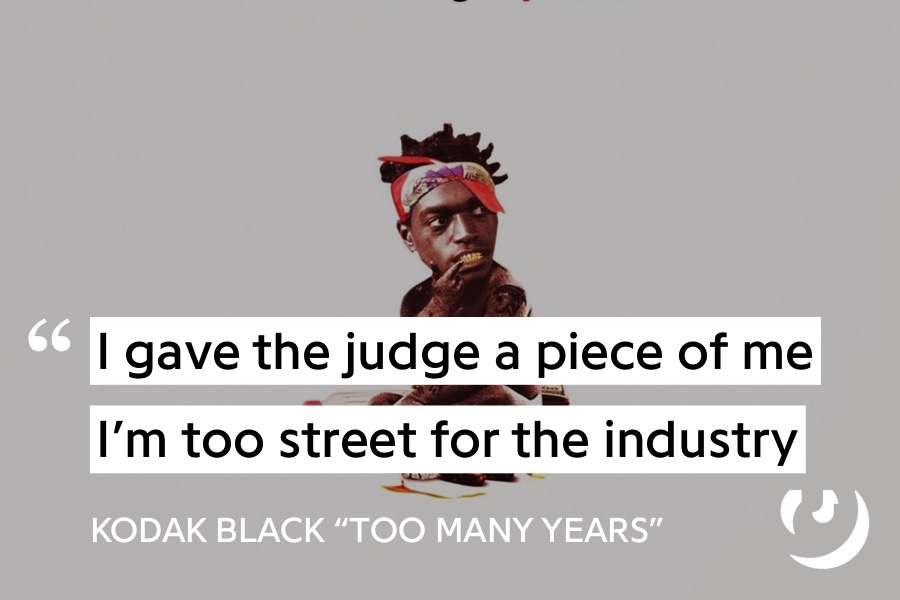 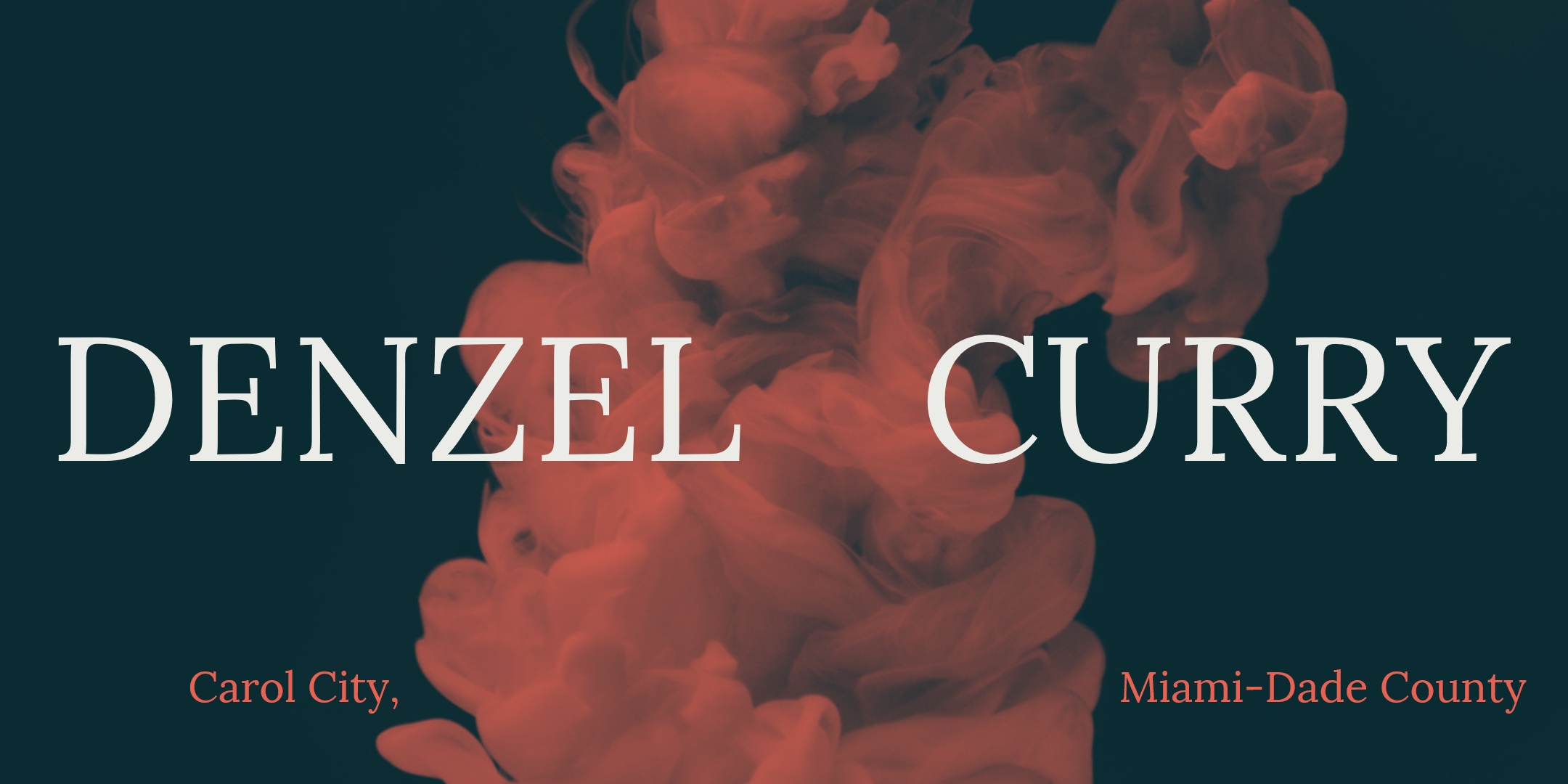 Bakground
Denzel Curry, as Rick Ross had before him, grew up in Carol City, Florida to parents of Bahamian decent. His childhood memories of Carol City are marred by the audible gun violence that would taint his home streets and the drug dealing and addiction that poisoned his people. Through these obstacles, Curry always found his home safe, he believes it protected him. His time at Carol City High School nurtured his talent into the art form it can be described as today. There was a cultural revolution going on in that area; everyone had a unique voice and wanted to share it. His turn from adolescence into adulthood was marked with more horror stories of gun violence, the same kids he grew up with not getting to live past 20.

Carol City always has an impact on the life of Denzel Curry. He does not live in Florida anymore; the murder of his brother and numerous other influential people in his life had ruined his sense of comfort. He now lives in L.A., longing for a time to return to Carol City. He credits his music, voice and inspiration to his time in Miami.

Denzel Curry works to convey the “human perspective” in a way that can help redirect those who may be lost or losing themselves. Denzel himself struggled coping with los after his brother passed, but now channels that into his work in an effort to give a new dimension to the difficulties other people may also be going through. He credits his perspective for all of these issues to his diverse upbringing in Carol City. He met children and families from many different races and cultures while growing up, helping him see the deeper side of problems that were not necessarily his own. To pay back everything that Carol City and Miami has done for him, Denzel Curry strives, with each project, for a Grammy that he can bring back home to Florida and dedicate to those that made him the artist he is today. 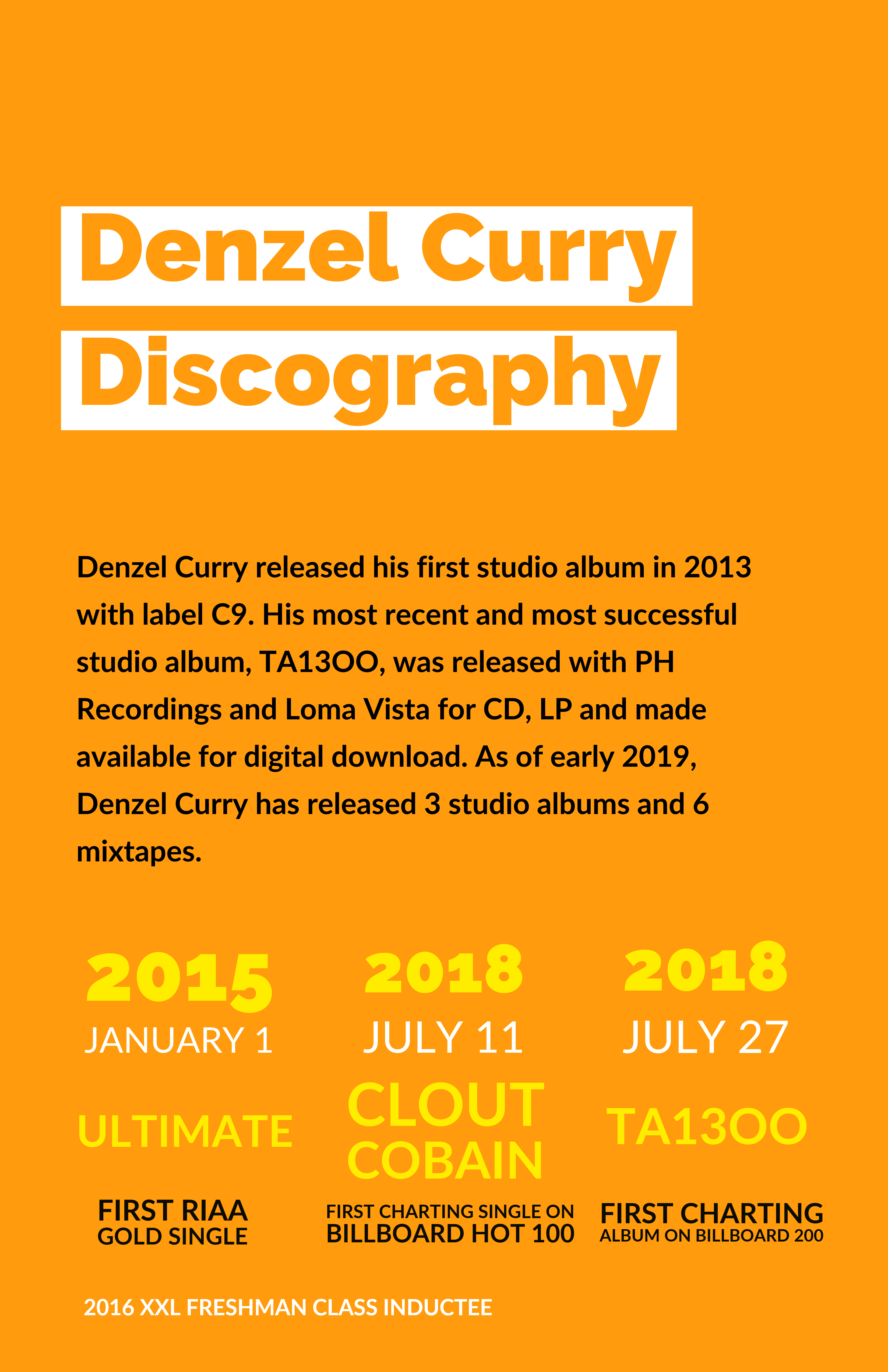 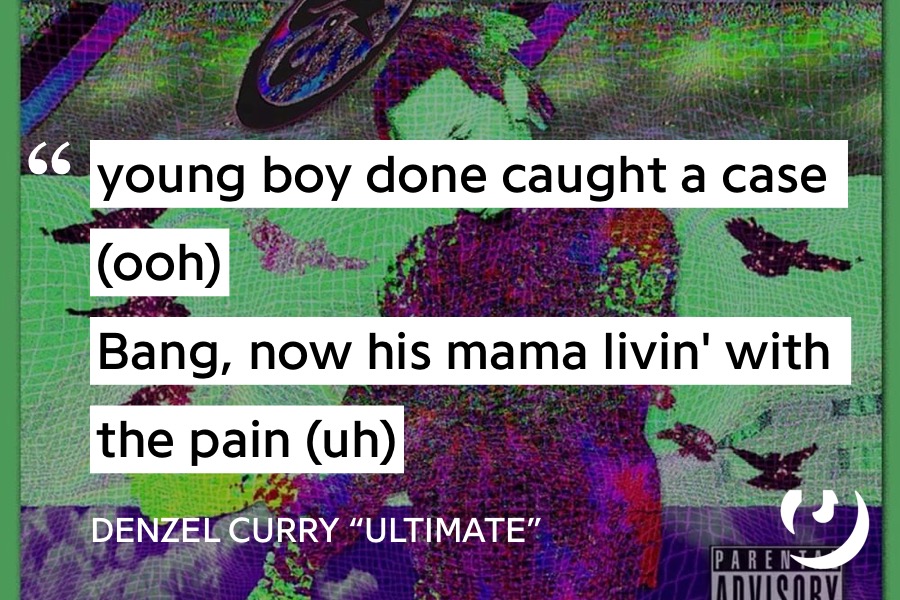 Background
XXXTentacion, born Jahseh Onfroy in Broward County, grew up splitting time between his mother and his grandmother. This unstable upbringing led Onfroy to a history of violence and fighting from a very young age. He explored his musical interests throughout adolescence and became attached to hard rock and rap music. After dropping out of high school, Onfroy dedicated his time to making music. He began uploading small projects to SoundCloud before he released hit song “Look at Me,” the song which would turn him into a national persona.
Lauderhill, FL
XXXTentacion then began working on more serious projects with Record Labels. In 2017, he released his first studio album, 17, along with collaboration projects with other Floridian artists. At this point in time, XXXTentacion was accused of serious crimes by his girlfriend, tossing the remainder of his what seemed to be promising career up in the air. He prevailed to release his most successful project to date, ?, in summer of 2018. With music that strongly related to the depressed and ill, Onfroy was looked at as a friend. It is too unfortunate that Onfroy also had enemies; he was robbed and murdered in Deerfield Beach on June 18, 2018 exiting a motorcycle dealership. His career has left a lasting impact on those in which his music spoke to. His mother, now in control of his estate, has released unfinished works to his loyal fans. 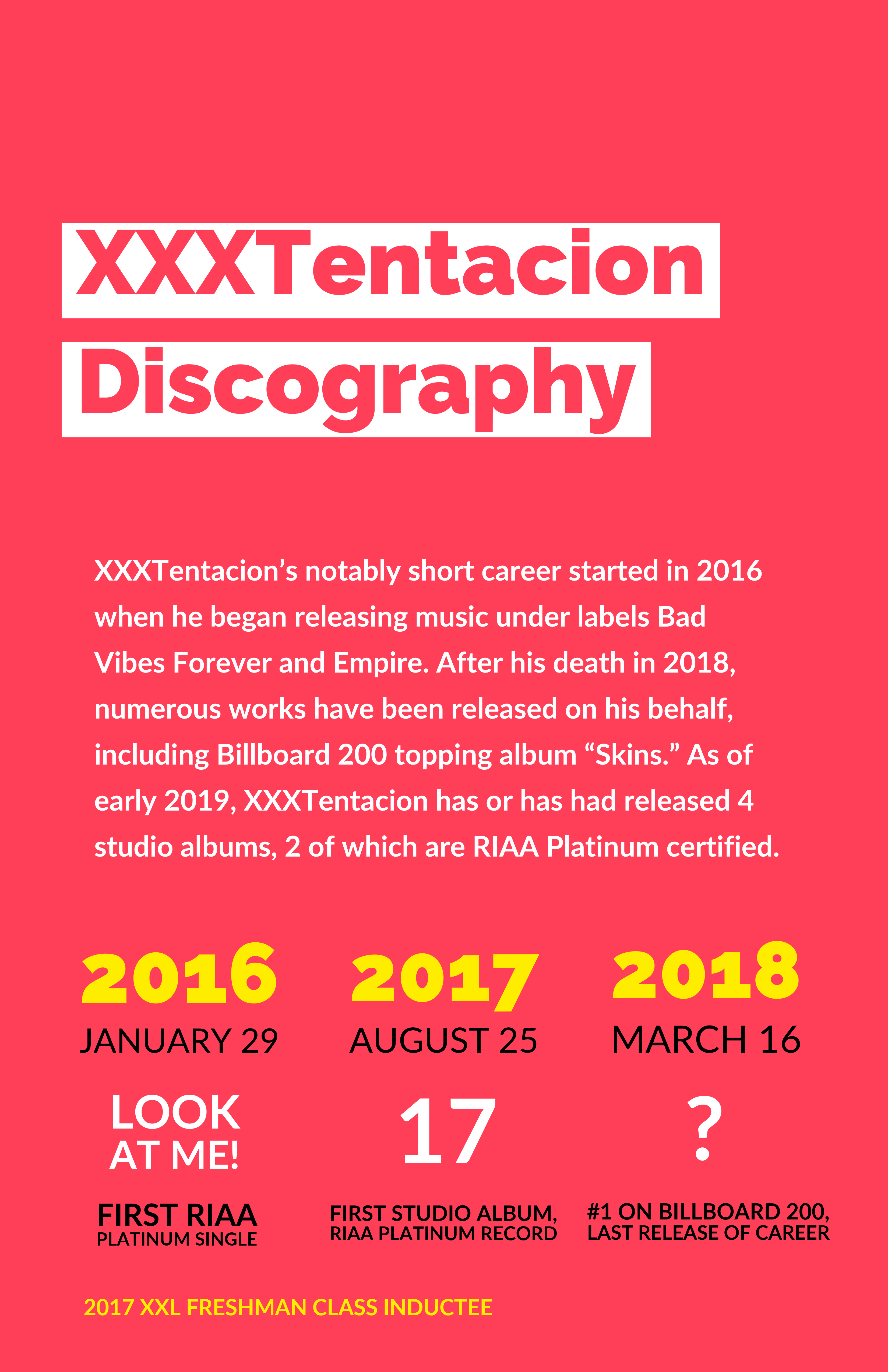 Legal Troubles
XXXTentacion was one of the most controversial, legally troubled artists of his time, highlighted by the events detailed by his girlfriend in 2016. Pregnant with his future child, XXXTentacion’s partner recalled a series of gruesome events in which he abused and sexually assaulted her. The testimony was made public and the world was let into the house of XXXTentacion and the unfortunate crimes he was accused of. His murder came as he awaited trial, so to this day, regardless of the testimony, he was not yet convicted of the crimes accused of by his former girlfriend. He has since bore his child. 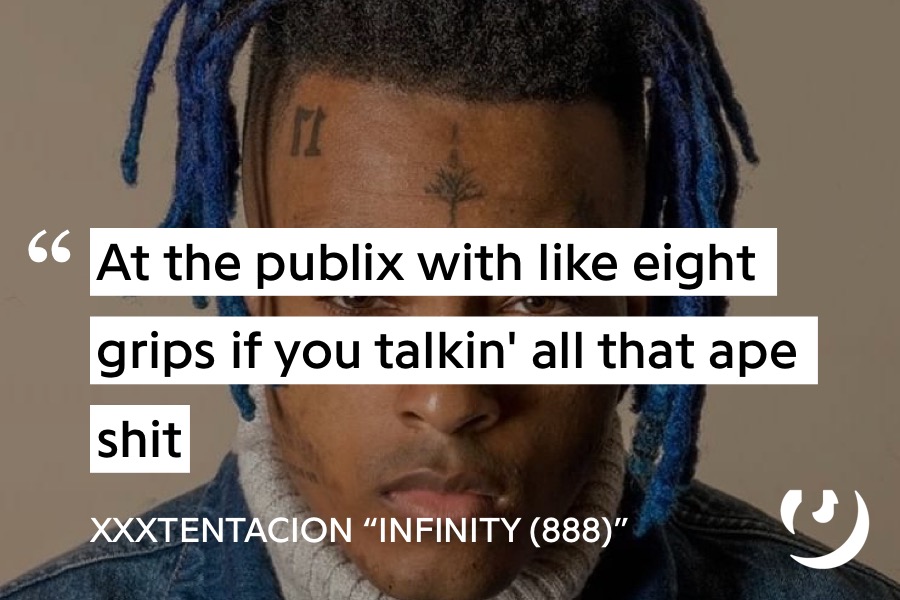