Resources for Researching Asian Diasporas and Histories in Cuba 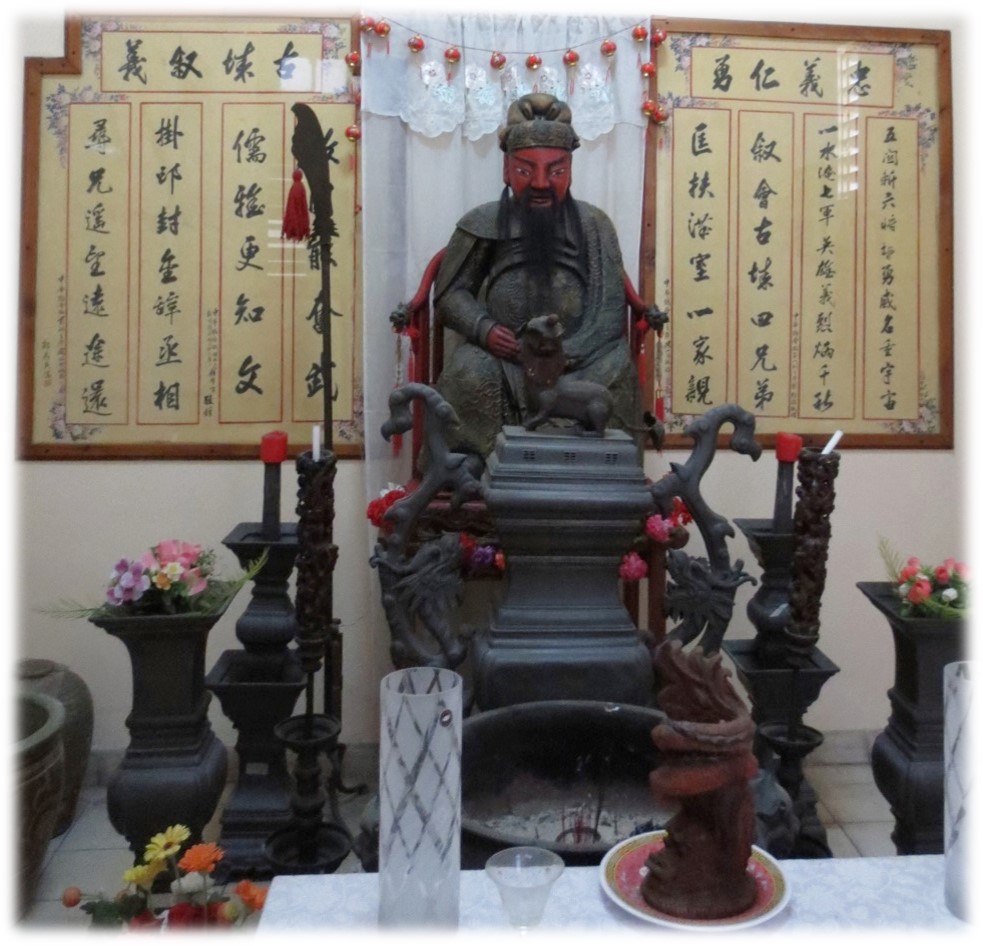 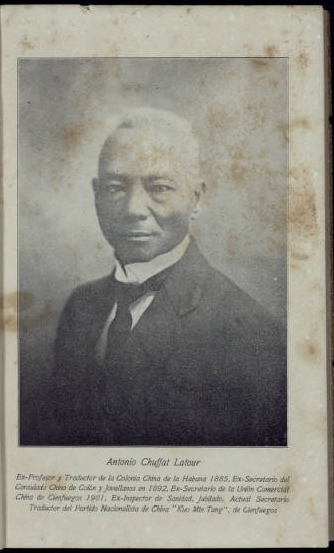 Chinese Influences on Life and Religion in Cuba by Dr. Martin Tsang for UM News

A Chinese-Cuban Secret Society in Havana by Dr. Martin Tsang for UM News

Charmaine Au-Yeung “Privileged Access Through the Eyes of the Chinese-Cubans” jhiblog, September 22, 2021. 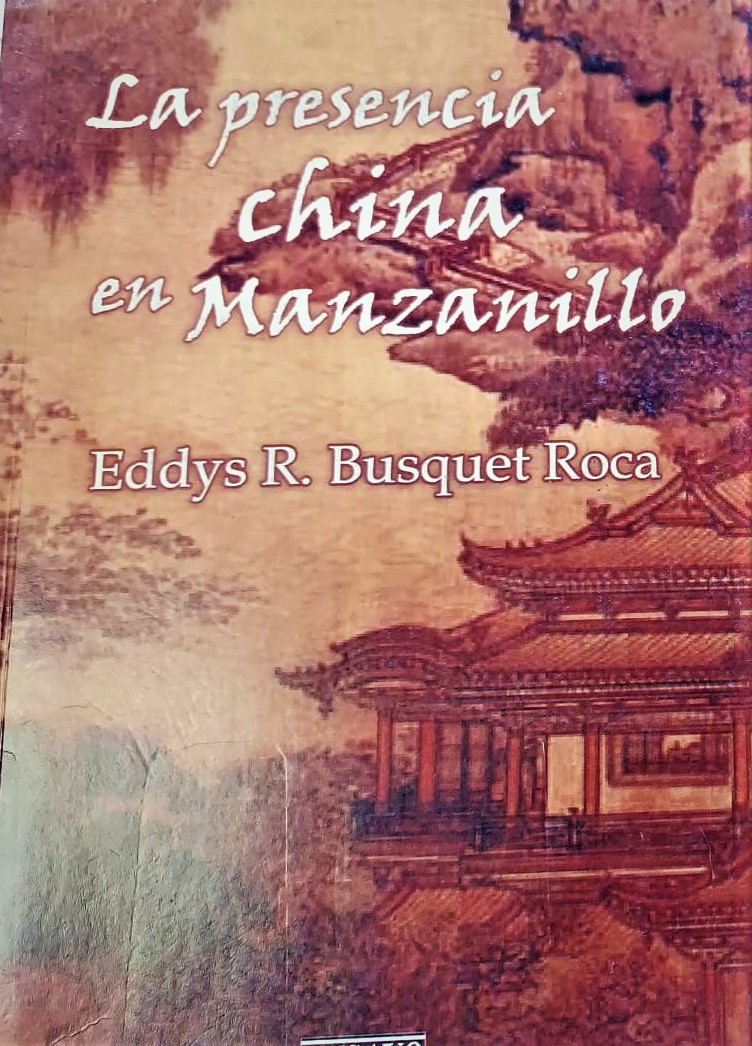 External Archival Collections & Online Databases
Chinese Immigrants in Cuba: Documents from the James and Ana Melikian Collection
"The archive continues until the 1970s and records the Chinese community in Cuba and is rich with photos. This massive collection, from the archive of James and Ana Melikian Collection, is probably the largest one in private hands concerning Chinese in Cuba. At present, the physical collection contains over 1,341 records and about 8,000-9,000 pages." Video overview of the collection.

Migration to New Worlds Discover the motives, aspirations, realities and personal hardships for European and Asian migrants during two centuries of global migration.
Chinese Cuban Genealogy Resources
My China Roots – Trace Your Ancestry in China: My China Roots helps people of Chinese heritage find records of their ancestors, connect with long-lost relatives, and organize trips to China.
A guide to tracing Chinese genealogy: How to Find My Chinese Ancestors

The International Digital Ephemera Project Latin American and Caribbean Periodicals UCLA Library, Explore the issues of the Cuban-Chinese publication Man Sen Yat Po  for the years between 1947 and 1958

Guide to the Chung Sai Yat Po Newspaper Collection  Chung Sai Yat Po was published in San Francisco from Feb. 1900 to 1951. It has a long publishing history and almost all its issues survived. Extent 14 microform reels 1,460 online items

Photography
The Photography of Prof. Pok Chi Lau
Pok Chi Lau is Professor Emeritus of PhotoMedia in the Department of Design at the University of Kansas. He is a documentary photographer whose work on migration focuses on the Chinese Diaspora in the Americas, Cuba, and Malaysia and now Myanmar.
Havana Divas, A Film by S. Louisa Wei 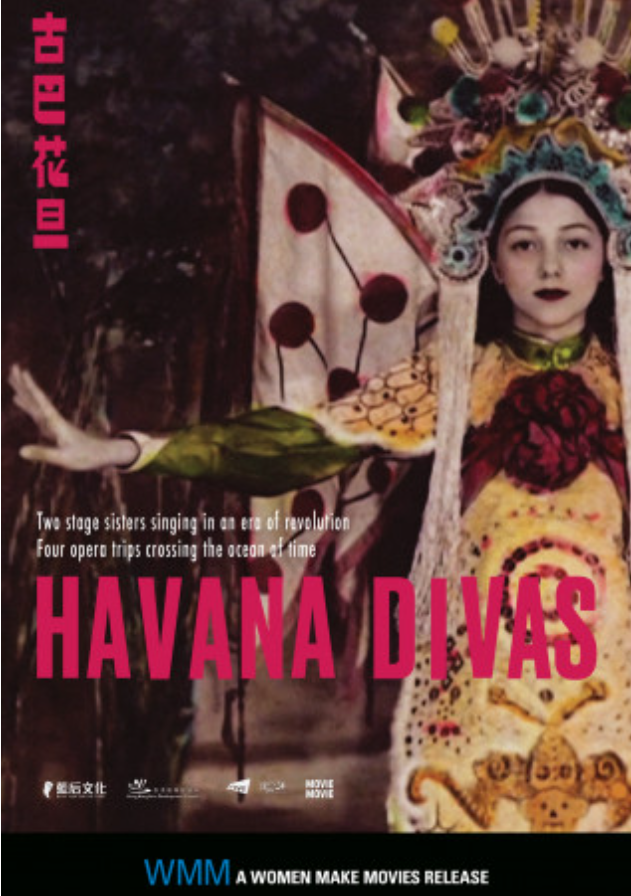 Offering a window into the experience of Chinese migration to Cuba, HAVANA DIVAS follows two Cantonese opera singers who perform for decades in Cuba before, and during, Fidel Castro’s revolution.

Flora Fong was born in Camagüey, Cuba in 1949. "Belonging to the first generation of Cuban plastic artists to emerge on the island after the 1959 Revolution, Flora Fong’s work evolved during one of the most interesting periods for art in the Greater Antilles. Her work reconciles the intense energy of the tropical environment in which she was born with philosophical concepts inherited from her Chinese ancestors." (https://www.revistapanorama.com/en/flora-fong-from-cuba-to-china-and-back-again-2/)

Books and archives in the Cuban Heritage Collection:

Biographical Note
Wifredo Lam was born in Sagua la Grande, Cuba in 1902 to Lam-Yam, a Cantonese immigrant, and Ana Serafina Castilla, who was of Spanish and Congolese descent. Lam was a renowned painter known for infusing a modernist Western style of painting with African and Caribbean imagery and most evidently Afro-Cuban religious motifs. A primary step in his journey to becoming a painter took place in 1918 when he began studying at the Escuela de Bellas Artes in Havana until 1923 the year in which, displeased with his experience in the school, he decided to continue his studies abroad and traveled to Spain. Once there he was exposed to modern Western avant-garde painting styles including surrealism and he began to apply those techniques in his own work. Once the Spanish Civil War broke out, Lam left for Paris, where he joined the community of other prominent artists including Pablo Picasso, Henri Matisse, and others. During a trip to Mexico, he also communed with painters Frida Kahlo and Diego Rivera. The presence of Surrealism and Cubism in Lam's work highlights the formative influence of his interaction with European painters before the Second World War.

After a brief imprisonment in Martinique, Lam returned to Cuba in 1941. This is when Lam began to evolve his work to include his interpretations of Afro-Cuban religious motifs and images which are paradigmatically visible in his 1943 painting, La Jungla (The Jungle). Lam's focus had sharpened after his meeting Aimé Césairé, the author considered to be one of the founders of the Négritude movement, in Martinique. "In La Jungla (1943), Lam depicts Santería through the recurring image of the femme cheval (or “horse-woman”)... she appeals to the Santería practice of possesions by the orishas (“divinities or spirits who act as intermediaries between humans and the forces of nature”) while also invoking a feminine energy that is key to Lam’s Négritude and the cultural syncretism of La Jungla (1943)."(https://medium.com/lotus-fruit/exploring-identity-through-wifredo-lams-la-jungla-1943-211056037079) This work has often been compared to Picasso's representations of the female figure.

Lam continued to paint and develop work influenced by African imagery and religions, as well as the complex racial history of Cuba and colonialism. He took residence in Paris in 1952 and his work has been exhibited globally to critical acclaim and widely studied. He died in 1982. In 1983, the gallery Centro de Arte Contemporáneo Wifredo Lam opened in Havana and has become a formidable institution of art appreciation and research in Cuba.

View digital copies of Lam's works held by the Lowe Art Museum: emuseum1.as.miami.edu/people/2997/wifredo-lam/objects
Wifredo Lam: The Imagination at Work
In collaboration with Gary Nader of Gary Nader Art Centre, Pace Gallery is pleased to present Wifredo Lam: The Imagination at Work, an exhibition of paintings, works on paper, and rarely seen bronze sculptures, including a significant loan from the Santa Barbara Museum of Art, at its 510 West 25th Street space in New York. 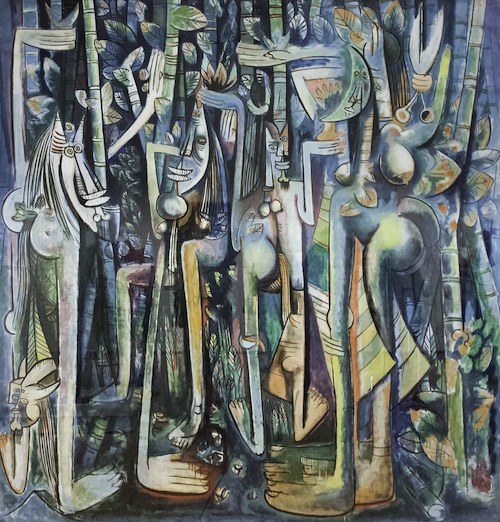 Image courtesy of moma.org
Martha Frayde Barraqué Papers
The Martha Frayde Barraqué Papers consist of letters from the Cuban painter Wifredo Lam (1902-1982) to Frayde dating between 1962 and 1966. The collection also includes a group photograph of Lam and Frayde in Mexico in 1957. Some correspondence between Lam and Frayde has been digitized here.
Selection of Books
Loading...