Books For Children and Teens

Statement of Acknowledgement
This guide is written in the spirit of being inclusive and resisting reductive identity labels and constrictive historical perspectives. However, it can be misleading not to address the multi-faceted aspect of racial identities, and the guide creators want to intentionally recognize that the variety of Asian American experiences cannot be encompassed in a single label.  While we use the Asian American and Asian Diaspora to describe the resources on this guide, we do not mean to reduce complex histories and experiences to a single label or to ignore other racial and ethnic identities.  Additionally, we want to recognize the experiences of Pacific Islanders, who are often grouped with Asian Americans and the Asian diaspora without having resources or narratives reflecting and supporting their experiences.  The boundaries of identities are always in flux and are often couched in terms of the current systems of power that organize society.  Please take care to explore the resources included as a beginning point of inquiry into imperialism, racial domination, hate crimes, prejudice, and social movements, and not as a finite record of resources.  We also ask for continued work to improve the quality, range, and depth of resources for all minoritized communities. Please contact Shatha Baydoun at sbaydoun@miami.edu for further information.

History
In 1978, a joint Congressional resolution established a 7-day period beginning in May of 1979 as "Asian/Pacific American Heritage Week." The month of May was specifically chosen to commemorate the arrival of the first Japanese immigrants (May 7, 1843) and the completion of the Transcontintental Railroad (May 10, 1869), which heavily relied on Chinese workers.

In 1992, the heritage week was officially extended to a month-long recognition of the contributions of Asian-Americans and Pacific Islander Americans.
Origins and Influence

Origins and Influence was an exhibit showcased at the Otto G. Richter Library through the months of April and May 2014. Featured in the exhibit were items from the UM Anime Club, AASA, University of Miami Libraries Special Collections, as well as items from the collection.
AAPI Heritage Month online
Library of Congress

AAPI Heritage Month from Library of Congress and National Archives
Includes materials from the Records Administration, National Endowment for the Humanities, National Gallery of Art, National Park Service, Smithsonian Institution, and the United States Holocaust Memorial Museum join in paying tribute to the generations of Asian and Pacific Islanders who have enriched America's history.

National Park Service: Asian Pacific American Heritage Month
Asian Americans and Pacific Islanders have a rich heritage thousands of years old and have both shaped the history of the United States and had their lives dramatically influenced by moments in its history. Every May during Asian Pacific American Heritage Month and throughout the year, the National Park Service and our partners share those histories and the continuing culture thriving in parks and communities today.

HathiTrust
Offers millions of titles digitized from libraries around the world.

WorldCat
Search the collections of libraries in your community and around the world. You can search for popular books, music CDs and videos, and other digital content, such as downloadable audiobooks.
Select Print Books
Loading...
Select Ebooks
Chang, Gordon H., and ProQuest. Ghosts of Gold Mountain: The Epic Story of the Chinese Who Built the Transcontinental Railroad. Boston: Houghton Mifflin Harcourt, 2019.

Asghar, Fatimah, and EBSCOhost. If They Come for Us: Poems / Fatimah Asghar. First ed. New York: One World, 2018.

A Village Called Versailles
A documentary about Versailles, a community in eastern New Orleans first settled by Vietnamese refugees. After Hurricane Katrina, Versailles residents impressively rise to the challenges by returning and rebuilding before most neighborhoods in New Orleans, only to have their homes threatened by a new government-imposed toxic landfill just two miles away. [It] recounts the empowering story of how this group of people, who has already suffered so much in their lifetime, turns a devastating disaster into a catalyst for change and a chance for a better future.

Asian Americans, PBS, 2020, 5 episodes
This series covers the history of Asians in America. Episode 5, Breaking Through, documents the civil rights movement by Asian Americans since the 1980’s.

Chinese in America, CNN, 2017
Lisa Ling explores the massive and economically diverse movement of immigration from China to the United States – and traces her own family roots, to find out what it means to be Chinese in America.

Island of Warriors
Pacific Islanders serve in the U.S. military in disproportionally high numbers and have suffered the highest casualty rates in the wars in Iraq and Afghanistan. We visit Guam, a U.S. territory in the Pacific, to speak to some of the island’s veterans. The men and women here are American citizens and serve in our country’s military at a rate three times higher than the rest of the country. We explore why Guam’s returning veterans say they can’t get the healthcare they need.
Nuclear savage
Featuring recently declassified U.S. government documents, survivor testimony, and unseen archival footage, Nuclear Savage uncovers one of the most troubling chapters in modern American history: how Marshall Islanders, considered an uncivilized culture, were deliberately used as human guinea pigs to study the effects of nuclear fallout on human beings. The film raises disturbing questions about racism, the U.S. government's moral obligation to the people of the Marshall Islands, and why the government is continuing to cover up the intent of the tests and Project 4.1 after several decades.

Project Yellow, Border2Border Entertainment, 2015
A documentary by an Asian guy about Asian guys and the stigma they often face. Yellow is a documentary about the Asian male phenomena perceived in the media and gay culture and how it reflects from their childhood.

Slaying the Dragon Reloaded
Looks at the past 25 years of representation of Asian and Asian American women in U.S. visual media -- from blockbuster films and network television to Asian American cinema and YouTube -- to explore what's changed, what's been recycled, and what we can hope for in the future.

Podcasts
Dear Asian Americans
Is a podcast for and by Asian Americans, focusing on authentic storytelling rooted in origin, identity, and legacy. Host Jerry Won brings on guests from diverse backgrounds and career paths to celebrate, support, and inspire the Asian American community.

Asian Boss Girl
A podcast for contemporary Asian American women hosted by Melody Cheng, Helen Wu, & Janet Wang. It's no secret that Asian women are lacking in almost all media outlets, and those who are present mostly represent the fashion, beauty, or blogging industries.

They Call Us Bruce
Hosts Jeff Yang and Phil Yu present an unfiltered conversation about what's happening in Asian America.

Asian American: The Ken Fong Podcast
Explores the cultural, artistic, historical, and spiritual aspects of the Asian American community. Each podcast interviews guests across all sectors of society who are transforming what it means to be Asian American. 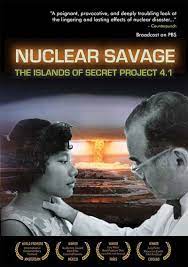 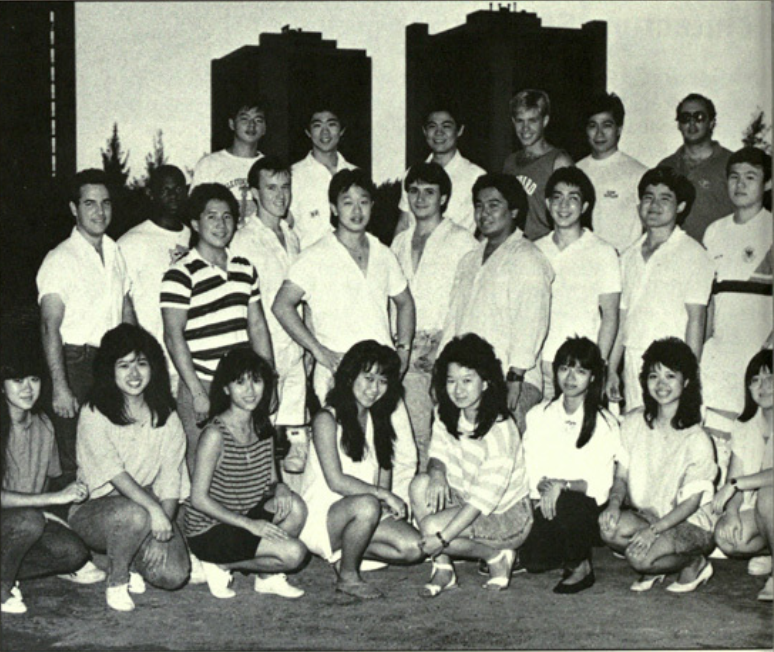 Filipino Student Association
The members of the Filipino Student Association associate ourselves to promote and provide a means by which the students, faculty, and administration at the University of Miami, can experience the culture, unity, and heritage of the Philippines and the Filipino Americans. We emphasize diversity as well as inclusivity, encouraging all students to enjoy the topic of diversity together.

COVID-19: Reducing Stigma
Information about the dangers of stigma regarding COVID-19 and how to prevent it, provided by the Center for Disease Control and Prevention.

We Have Been Through This Before: Why Anti-Asian Hate Crimes Are Rising Amid Coronavirus

Over 30 Percent of Americans Have Witnessed COVID-19 Bias Against Asians, Poll Says

Spit On, Yelled At, Attacked: Chinese-Americans Fear For Their Safety
Pan Am World Tours: Asian-Pacific Travel (1927-1991)

From Pan Am’s founding in 1927 through its closing in 1991, the airline served as an international leader in aviation and was a pioneer in the development of airplane design and technology, air routes, commercial passenger service, navigation techniques, and communication systems. Items showcased from the collection include official brochures, photographs, menus, and ephemera.

Items included are from the holdings of the Pan American World Airways, Inc. Records, University of Miami Libraries Special Collections.

Asia Art Archive
With one of the most valuable growing collections of material on the recent history of art from Asia, freely available from their website and onsite library, AAA builds tools and communities to collectively expand knowledge through research, residency, and educational programmes.

Japan Center for Asian Historical Records
JACAR has built and operates an online database for releasing Asian historical records, that are historical documents of Japan concerning to the modern Japanese relations with other countries, particularly those in Asia. The documents of the archive are provided by the National Archives of Japan, the Diplomatic Archives of the Ministry of Foreign Affairs of Japan, and the National Institute for Defense Studies of the Ministry of Defense of Japan.

Library of Congress: Asian Division Digital Collections
The Asian Division has an on-going effort, in cooperation with the Library’s digitization initiative and external partners, to digitize select items from its collections of high research value. Many items in the digital collections are rare materials, some of which are the most valuable titles and editions dating back to the 11th or 12th century and are the only extant copies in the world. Also included are contemporary materials in the public domain that cover all manner of topics and offer insights into the study of multiple facets of Asian countries and peoples.

Southeast Asian Archive
The UCI Libraries Southeast Asian Archive collects, preserves, and makes accessible primary and secondary source materials documenting the history of the Cambodian, Hmong, Laotian, and Vietnamese diaspora. Collection strengths include Southeast Asian American experiences of resettlement and community formations since the Vietnam War, Cambodian Genocide, and geopolitical turmoil in the former French-occupied "Indochina" in the latter half of the 20th century.