Introduction to the Guide
In this guide, you will encounter materials to assist in the research of the University of Miami Libraries' Afro-Cuban Collections as well as additional external resources.

A national 2012 census showed that out of over 11 million Cubans currently living on the island, around 1 million Cubans described themselves as Black (9.3% of the population) and 3 million considered themselves to be "mulatto" or "mestizo" (mixed-race). Outside of Cuba, Afro-Cuban refers to Cubans with African ancestry, a concept related but distinct from Afrocubanism, or Afro-Cuban as a socio-historical cultural movement distinguished by unique forms of religious practice such as Santería, Palo Monte, and the fraternal sect of Abakuá; music such as son, conga, mambo, chachachá, rumba, guaguancó, comparsa, and tumba francesa; and other art forms like theater, dance, and the visual arts. Note that, in Cuba, Black Cubans are not identified by the term Afro-Cuban. Studies of Afro-Cuban culture and identity also address the aftermath of the slave trade and colonization, as well as racism and its consequences in contemporary Cuban society and politics.

The resources included in this guide range from archival collections such as the Lydia Cabrera papers, oral histories, lectures, books, articles, databases, audiovisual materials, and online resources. Please note that the resources listed in this guide are not exhaustive. 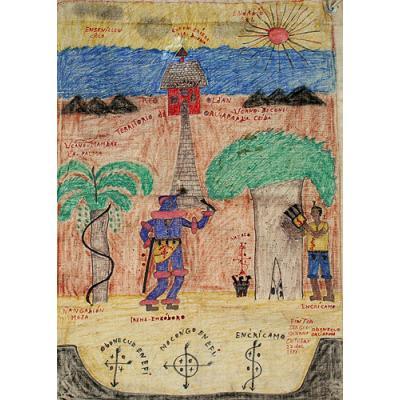 Archival Collections
Lydia Cabrera papers Cabrera traveled throughout Cuba conducting interviews, collecting oral histories, recording stories and music, documenting rituals and practices, and cataloging “Africanisms” of Cuban Spanish. The result was El Monte (translated as The Forest or The Wilderness), published in 1954, a formative work on Afro Cuban religions and liturgy. Post-exile, in 1970, she published Otán Iyebiyé, Las Piedras Preciosas and in 1971 the third volume of “cuentos negros” Ayapá: Cuentos de Jicotea, followed by other publications. She published one of her most well-known works, Anaforuana, about the secret Abakuá society, in 1975. During her long and prolific career, Cabrera produced what is considered the most complete and important body of research on Afro Caribbean religions and folklore. She was one of the first to recognize the richness of African culture and its vital contributions to Cuban identity. Her work remains a leading authority of Afro Cuban culture. Selected items have been digitized and can be viewed here.

Jorge Castellanos papers Jorge Castellanos was an author and professor born in 1915 in Guantánamo, Cuba. Exiled to the United States by way of Jamaica in 1961, Castellanos was working as a history professor at Marygrove College in Detroit, Michigan, by 1962. After retirement, he continued to publish books on Cuban culture, most notably his series Cultura Afrocubana, co-authored with his daughter Isabel Castellanos, from 1988 to 1994.

Alberto del Pozo's Orichas Collection This collection consists of the series of drawings by Cuban-born artist Alberto del Pozo (1946-1992) of the deities of Afro-Cuban Santería. There are approximately 25 orichas in the Santería pantheon, 17 of which were depicted by del Pozo in this series. Santería refers to the Afro-Cuban practice of Lucumí or Regla de Ocha, a religious system originating with the African Yoruba people. 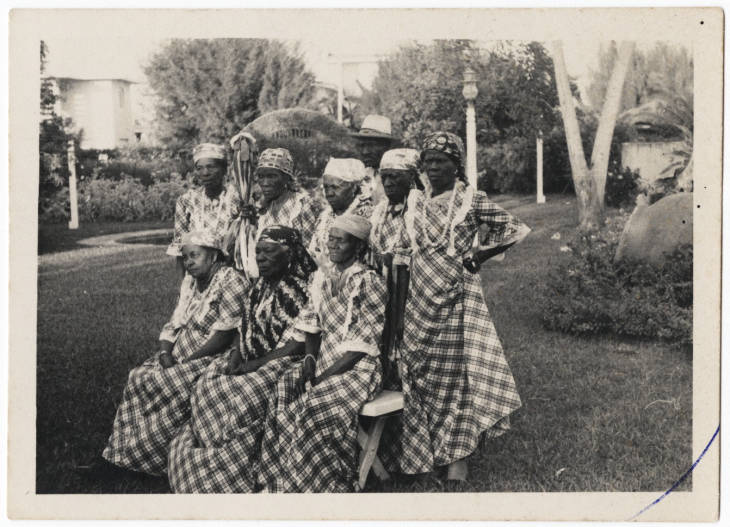 Alejandro De La Fuente. A Nation for All. University of North Carolina Press, 2011.

Jiménez Román, Miriam, and Juan Flores. The Afro-Latin@ Reader: History and Culture in the United States. Durham [N.C.]: Duke UP, 2010.

Palmié, Stephan. The Cooking of History: How Not to Study Afro-Cuban Religion. Chicago: U of Chicago, 2013.

World Scholar: Latin America And The Caribbean A collection of primary source documents about Latin America and the Caribbean; academic journals and news feeds covering the region; reference articles and commentary; maps and statistics; audio and video; etc.

Feminism in Cuba: Nineteenth through Twentieth Century Archival Documents This collection, compiled by Dr. K. Lynn Stoner, includes Cuban sources that span the period from Cuban independence to the end of the Batista regime. The collection sheds light on Cuban feminism, women in politics, literature by Cuban women, and the legal status of Cuban women. The collection includes archives of Minerva a journal dedicated to women of color in Cuba

At the Crossroads: Afro-Cuban Orisha Arts in Miami Digital exhibition from HistoryMiami Museum.

Latin American Network Information Center (LANIC) is one of the largest guides for Latin American content on the Internet features thousands of links. See: African Diaspora in Latin America

Let’s Mambo!: Machito and His Afro-Cubans Library of Congress archival collection of Latin jazz musician and bandleader Machito, formally known as Francisco "Frank" Raúl Gutiérrez Grillo, (circa 1908-1984), active on the New York City jazz scene with his innovative band the Afro-Cubans from 1940 to the early 1980s, forming an influential legacy that includes salsa music and Afro-Cuban jazz. The collection contains approximately 150 manuscripts and published compositions and arrangements performed by the ensemble, as well as clippings, papers, a concert poster, and maracas.  The Harlem in Havana Project A multimedia documentary project honoring one of America's most successful traveling shows that influenced Black and Latin entertainment in ways that still resonate with wonder today.

Yale University Library Archives and Manuscripts: Guide to the Cuban Slavery Collection. Official documents pertaining to slavery in Cuba, mostly from Matanzas, Cuba. Documents include death certificates for enslaved people, petitions for freedom from slavery, documentation of disputes, prisoner correspondence, and arrest warrants. Some death certificates specify the cause of death, the plantation or enslaver, and the enslaved person's origin in Africa. Compiled by Jana Krentz July 2020.
Films

Christopher, Emma et al. They Are We. Brooklyn, NY: Icarus Films, 2015.
They are we is the story of a remarkable reunion that takes place 170 or so years after a family was driven apart by the ravages of the transatlantic slave trade. In Central Cuba, proud members of the Gangá-Longobá, a small Afro-Cuban ethnic group, have kept their unique heritage alive. Incredibly, through decades of brutal enslavement, independence wars, and then the denying of all religions after the revolution, they have retained a collection of distinct songs and dances that one of their ancestors brought from Africa as a slave. Each December 17th they still perform them at the San Lazaro ceremony. After a chance discovery while working in West Africa, director Emma Christopher spent two years showing a film of the Gangá-Longobá songs and dances to several thousand people across Sierra Leone. Eventually, in an isolated village with no road access, one man looked at another in joy and wonder as he watched a recording of the Gangá-Longobá songs and said, "They are we!" Then the villagers joined in with others of the Gangá-Longobá songs, still recognizing them clearly despite all the years of separation. Returning to Cuba, Emma showed her findings to the Gangá-Longobá. "We are not so alone anymore", said one of their number, woodcarver and artist Alfredo Duquesne. Later he would say that knowing where he came from "is divine". In early 2013, after the law changed allowing them to freely leave Cuba, a trip was at last made to visit Sierra Leone. It turned into a remarkable celebration, a rare recognition of the tenacity and resolve of one young girl who once made the awful journey from Africa to Cuba, but never let her memories of home die. They are we tells the story of the Gangá-Longobá and of the village their ancestor called home. It is the story of how, just very occasionally, a family separated by the slave trade can reunite for the good of all.

Worldview, the Orichas, and Santería: A presentation by Mercedes Cros Sandoval

The Contradictions of Afrocubanismo Nationalism by Robin Moore